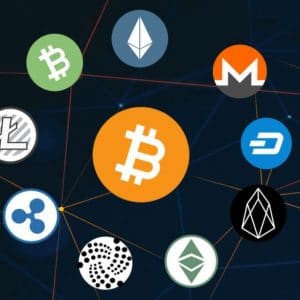 In a video, Cryptocurrency trader Austin Arnold is naming 12 altcoins that he believes are set to explode by next month.

“The world is trending more digital and Decentraland and the Sandbox are setting themselves up to be major players in this VR virtual real estate revolution.”

Arnold names indexing protocol The Graph (GRT) as another altcoin that has potential in 2021.

“If Ethereum or Cardano or Polkadot or any of these smart contracts DApp platforms are to be the decentralized supercomputer of the world, we’re going to need a way to query all that information. And that is exactly what The Graph is aiming to do.”

Another altcoin that is set to surge according to the crypto trader is video streaming blockchain Theta (THETA), which recently postponed its mainnet launch to June to add more features.

“The reason they are pushing this until June is the company stated that its development team is still working to incorporate some building blocks for a non-fungible token, or NFT marketplace for the Theta mainnet 3.0.”

Decentralized exchange Uniswap (UNI) also holds potential according to Arnold, as it is introducing features that will make it “way more attractive” to liquidity providers.

“Big money is going to continue to gobble up Ethereum because the barrier to entry just became so much easier.”

According to Arnold, Cardano’s (ADA) planned foray into Africa through public-private partnerships is good news for the price of the smart contract platform as it puts the fifth-largest crypto asset in a position to grow its ecosystem.

The crypto trader next names TrustSwap (SWAP), a project that calls itself “the complete DeFi (decentralized finance) ecosystem,” as yet another altcoin that is set to surge in April. Arnold argues that TrustSwap’s expansion to other blockchains besides Ethereum and Binance Smart Chain (BSC) is its biggest selling point.

Decentralized exchange Polkastarter (POLS) and cross-chain NFT protocol SuperFarm (SUPER) are the other altcoins that Arnold says could skyrocket as the decentralized finance space balloons.

Arnold also names decentralized oracle network Chainlink (LINK) as an altcoin with a lot of upsides as it recently attracted decentralized peer-to-peer file storage network Filecoin (FIL) to its ecosystem.

“Chainlink has officially integrated with Filecoin to now allow Filecoin to connect to smart contract-enabled blockchains. So Filecoin, like any DeFi altcoin, needs to be able to interoperate, needs to connect to the outside world and they chose Chainlink to allow them to make this happen.”

Interoperability and scaling framework Polygon (MATIC) rounds off the crypto trader’s list due to recent efforts to reduce gas costs for users.

“They have recently partnered with Ocean Protocol for lower gas fees. So we are seeing the ecosystem that is Polygon continue to grow.”

In addition: BNB may also see a possible surge as its the core utility token for the Binance Smart Chain ecosystem. one of the biggest smart contract network in the cryptosphere.

What do you think? do you have any altcoin recommendation? feel free to share using the comment box. below.