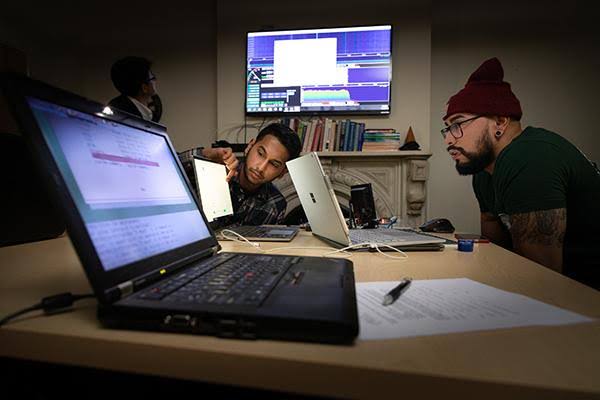 It is amazing to think that computers have been with us in one way or another for over 200 years. In 1801 a French merchant invented a loom that used wooden punched cards to automatically weave fabric with the design he wanted. The earliest computer that we would recognize as such was built in 1821 by Charles Babbage using a steam engine, but due to the lack of technology at the time, it was doomed to failure. During World War Two, Alan Turing, a British scientist, built what we now know as the ‘Enigma Machine,’ encoding information for the allied spy network.

It is impossible to escape the fact that computers are embedded into our modern life as much as language and food. Portable devices are with people most of the day, but it does not stop there. The car on the drive may have, depending on the age, a microcontroller, it may even have more than one controlling such things as anti-lock brakes, traction control, fuel injection, and suspension control. Even the humble washing machine will contain a processor capable of computing information for the correct result.

Why are computers so popular?

Computers in one shape or form have been in our lives for around 50 years, but it is in the last three decades that we have relied on them to such a great extent. Letter writing became a whole new game in the 1990s due to the home computer, with its word processor. This coupled with bookkeeping, and spreadsheet software, gave small businesses the edge they never had before.

The signs seen at a rail station, the till in the supermarket, or the call we make to a helpdesk are all controlled by a computer in some way, even the telephone making that call.

As humans, we spend a lot of our time finding ways to make lives easier and give us more time to do what we want, so it was obvious that the computer would play a major part in that.

The internet became the ‘Holy Grail’ for computing. Allowing us to communicate on a scale never known before. Technology such as email meant that we no longer had to wait two to three days for a letter to be delivered, a reply made, and another two to three days to see that reply.

The whole thing would take less than an hour in most cases. Not fast enough? Then how about instant messaging. Microsoft’s Hotmail application bundled with all Windows Operating systems up to Millennium edition saw family, friends, and co-workers firing off conversations instantly.

In 2020, the worth of the PC gaming industry sat at almost $37 billion. That’s not all, mobile gaming bought in around $77 billion. The one thing that we love is to relax. It may be in front of a TV, your TV has processors or computers in it. Or maybe sit down to a few hours of Call of Duty.

Computers have now become a mainstay of our modern world. Are we at their mercy? Is Skynet about to send in Terminators? Who knows, let’s enjoy it while it lasts.