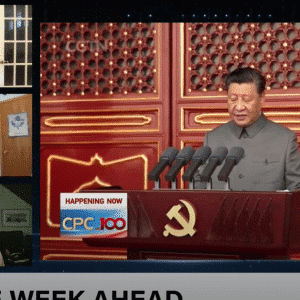 The Bitcoin blockchain has undergone its biggest ever drop in mining difficulty, as the network’s automatic stabilizing mechanism kicked in following a strict crackdown by China on the country’s cryptocurrency industry.

The adjustment marks the third straight decline in mining difficulty, the first time such a trend has happened since December 2018. On May 29 and June 13, the mining difficulty dropped by 16% and 5%, respectively, according to mining service provider BTC.com.

What is Bitcoin mining difficulty?

Bitcoin’s difficulty is measured using an internal score that began at 1 (when Satoshi started mining at the easiest level). It is programmed to increase or decrease incrementally depending on how many miners are competing on the network. It is currently scored at 14,363,025,673,659, down from 19,932,791,027,262.

Blocks are added to the Bitcoin blockchain at a regular and predictable rate: 1 block every 10 minutes or so. Block time measures how long it takes to create a new block, but that pace can vary, depending on the number of miners on the network and the speed of their computers. When there are more miners competing to “find” the next block, and earn the 6.125 BTC reward, then those blocks tend to be solved more quickly. However, when miners drop off the network, leaving fewer miners to compete, block times can slow down.

The Bitcoin algorithm is programmed to self-adjust the difficulty level every 2,016 blocks, or roughly every two weeks, in order to maintain a target block time of 10 minutes.

During this most recent difficulty period, the mean hashrate, a measure of total computational power contributed to the blockchain through mining, stood at 87.7 exahashes per second, the lowest since December 2019. That’s down from about a peak of about 180 exahashes per second in mid-May.

As a result, Bitcoin’s mean block time slowed significantly, with some blocks taking as long as 23 minutes on Sunday, June 27, though the network appears to have sped up slightly since then.

Today’s difficulty drop will make it easier for the remaining miners to find blocks at a rate closer to the 10 minute target.

Though a decline in Bitcoin’s hashrate means it is slightly less resilient against attacks, the news bodes well for active miners.

“Difficulty adjustment has a few interesting properties in the real world too, particularly for miners,” said Will Foxley of Compass Mining. “When difficulty adjusts downwards, you make more bitcoin if you can stay online. When it goes up, you make less as more miners are participating.”

“Miners who remain operational are likely to become even more profitable over the coming weeks, unless price corrects further or migrating hashpower comes back online,” Glassnode wrote in a report.