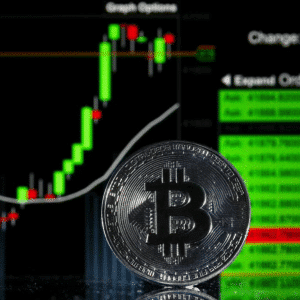 Bitcoin, after losing ground all week, has suddenly shot higher—climbing in the aftermath of the bitcoin network’s biggest ever so-called difficultly adjustment.

The bitcoin price added almost 5% after the bitcoin network underwent its latest two-weekly recalibration that saw computing requirements fall by 28%.

The huge step-down, dwarfing the previous record decline of 18% set in October 2011, was caused by China’s crackdown on bitcoin and crypto mining last month that forced those using high-powered computers to secure the bitcoin network and validate transactions out of the country.

The expulsion of bitcoin and crypto miners from China had sent bitcoin’s hash rate, a measure of how much computing power is being directed at the bitcoin network, to a 13-month low over the last two weeks. This morning’s difficulty adjustment brings the network back in line with the hash rate.

As a result, bitcoin miners around the world are expected to get much more profitable, with their machines able to “find” more bitcoin than before at reduced cost. The cost to run bitcoin mining machines, often collected together in huge mining farms, differs depending on the price of electricity, with some claiming to be able to mint new bitcoin tokens for an average price of $3,000 per bitcoin.

Recommended!  What would an NFT marketplace for science and tech IP look like?