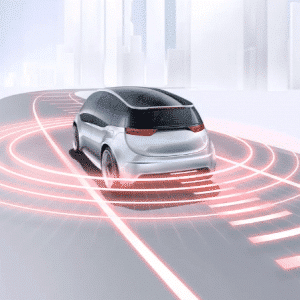 Bosch, the German supplier that’s responsible for building so many car-related components, won’t be left out of the self-driving car discussion. Instead, it wants to help shape the conversation.

On Thursday, the company revealed the first information on its new lidar system. Lidar, a laser-based tool that gives autonomous cars “sight,” so to speak, is by far the most popular tool for companies to use for self-driving cars. The one major exception remains Tesla, which believes an array of cameras, sensors and radar will be enough.

Bosch said its lidar system is advanced enough to work in both highway and city driving scenarios. Most importantly, it’ll work in concert with cameras and radar as the German company wants to create the highest level of safety when it comes to self-driving cars. Lidar fills a “sensor gap,” Bosch believes.

The company didn’t provide too many details on the system ahead of more information at CES 2020 but promised the system can detect anything near or far away — even a rock in the road. Giving the car enough to time to calculate what it needs to do, be it brake, steer or something else, is essential and power lidar gives it the opportunity.

Although we don’t have photos of the system yet either, Bosch further promised it will integrate well for automakers and be efficient. Today, lidar is rather bulky and clumsy-looking as it sits atop the roof of a vehicle. Bosch said this will be the first system “suitable for automotive use,” though plenty of other companies would likely argue that fact.

We’ll learn much more about Bosch’s latest creation when CES opens in less than one week.