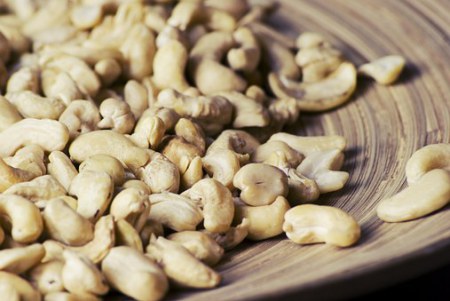 Cashew nut business is a lucrative business that is endowed with lots of potentials and money. Cashew nut business, like other farming business like cocoa farming is very profitable and can even be exported out of the country if well played. Cashew is a perennial crop which means, this business is going to be a seasonal one unless you play better, by storing in a warehouse and bringing out for sale in moment of scarcity.

This is what has made a lot of cashew farmers in Kenya millionaires.

In this article, I’m going to guide you on how you can become a successful cashew farmer here in Kenya. Cashew nut business is among the untapped business ideas that lie in waste. Only few individuals are in this business, making all the money while other sought for an air conditioned office.

HOW TO START A CASHEW NUT BUSINESS

This is the common route many take when it comes to cashew nut business and from what I see, it’s a profitable agribusiness. Although, cashew farming requires time, money and expertise if you must see the end of the tunnel. If not, you’ll end up counting your losses.

In that regard, you need a nursery where you can plant your cashew nut. When they have grown a little, you now transplant to a permanent site that’s more conducive and appropriate for a cashew tree to grow.

It takes several years before a cashew tree can start producing fruits so, you need PLAN B. Either to engage in another lucrative business out there, or you skip this aspect of farming and buy from others and make money by selling at a higher price.

Whichever route you want to take, you have two options. To sell processed cashew nut to buyers, or sell it unprocessed. But the former is more lucrative and I will advise delving into that angle.

In this cashew nut business, you need to join the cashew association like National Cashew Association of Kenya (NCAK). It is an umbrella charged with regulating the Kenyan cashew industry for the benefit of all stakeholders be it a cashew farmer, traders, processing exporters and service providers.

You can check it out to know more about this body and their regulations in the cashew industry.

The price of a ton of cashew wasn’t easy to find. I dig the whole World Wide Web before I was able to come across a reputable cashew farmer who was generous enough to let me into their little secret.

Cashew nut business is a business of its own compared to cashew nut processing which deals with the processing of cashew nut into a product that can be used into the production of other goods.

Recommended!  13 More Reasons Why Your Business Needs a Professional Website

Before you delve into cashew nut business, you need a strong and winning business plan that will act as a blueprint to your success. With a good business plan , you’ll know how much is needed to start this business, the equipment, business location, target market etc.

Not writing a business plan is like tasting the depth of an ocean with two feet which in my own term is suicide. But with a business plan, the overall overview of the business becomes known. The importance of a business plan cannot be overemphasized.

Cashew nuts are one of the lowest-fiber nuts with a buttery, sweet and salty taste with an excellent source of vitamins and minerals. Below are some of the health benefits of cashew nuts.

Cashew is rich with copper and iron which work together to help the body form blood cells.

According to a recent research carried out by Harvard, two servings of nuts a day fights against cardiovascular disease, diabetes, and cancer. It replaces animal fats and protein with the mono-and polyunsaturated fats found in cashews.

Recommended!  6 Compulsory Habits all Entrepreneurs Must Adopt in Order To Succeed

The consumption of cashew has been linked to cancer prevention. Without much doubt, cashew is super packed with vitamins and minerals beneficial for health which has indirectly made cashew nut business is a lucrative business to start.

Apart from the health benefits of cashew nuts, cashew nut can be used for other reasons like;

There are numerous things which cashew is used for, that is what has made it a lucrative business because the demand is way high off the roof.

Cashew nut business is a goldmine and an unexploited business that can make anyone a millionaire.

In conclusion, cashew business is profitable. Many are exporters, while some run this millionaire venture right here in Kenya. If you’re looking for a business that you can start and make money here in Kenya, then this farming business is for you.