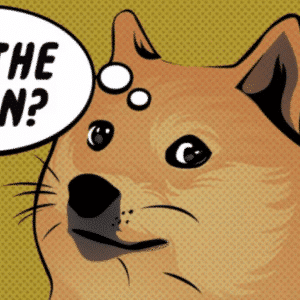 The value of Dogecoin, a cryptocurrency originally invented as a joke also known as meme coin, surged on Thursday 28 January, 2021 as Reddit traders target it in an attempt to mirror the mindblowing share rises in heavily shorted companies like GameStop, BlockBuster, and AMC.

At the time of writing, Dogecoin is up 155% over the last 24 hours and experienced over 1,421% increase in trading volume according to crypto data firm CoinMarketCap.

Reddit users on the r/CryptoCurrency and r/SatoshiStreetBets discussions referenced the r/WallStreetBets’ efforts to squeeze out Wall Street shops from heavily shorted stocks and urged people to buy into Dogecoin.

Many are enthusiastically doing so and one thread, titled “Dogecoin is the next GME/Bitcoin” (GME is GameStop Corp.), said getting Dogecoin to $1 a coin (it’s currently around $0.01) would be “an incredible achievement” and “completely change the crypto market… Dogecoin to the moon.”

Thousands of at-home traders, many using Reddit forums to inform their trading, are piling resources into a number of heavily shorted and disliked stocks in a bid to drive out and penalize the Wall Street mainstays. Such meme companies include the bankrupt Blockbuster, GameStop, BlackBerry and AMC. The erratic and unpredictable markets have officials worried and White House Press Secretary Jan Psaki said the Treasury Department was “monitoring” the trading. “It’s a good reminder though that the stock market isn’t the only measure of the health of the economy,” Psaki said.

Recommended!  Students in Georgia will be taught Crypto in School

24,900. This is how many members the r/SatoshiStreetBets subreddit has. Satoshi Nakamoto is the pseudonymous creator of bitcoin.

WHAT TO WATCH FOR

Regulators and tech companies are monitoring the situation with traders. Chat app Discord banned the r/WallStreetBets forum for hate speech and the Reddit forum temporarily went invite-only on Wednesday. Forbes has reached out to Reddit for comment.