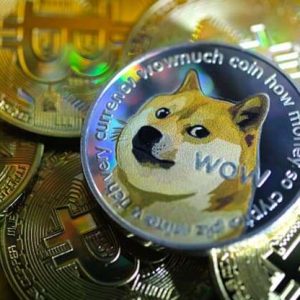 Dogecoin (DOGE) has again taken the spotlight, showing exorbitant action in the market. The memecoin has been seeing significantly elevated whale transactions according to new data.

According to market analyst Ali Martinez, the number of high-value transactions on the Dogecoin network has skyrocketed since April 25. There were 2400 transactions with a value greater than $100,000. This is a four-month high for the metric he pointed out.

Martinez noted that on the DOGE market, these transactions were a proxy for whales, and suggests that the meme coin could be poised for a massive upclimb.

“The number of large transactions on the $DOGE network with a value greater than $100,000 just reached a four-month high at 2,400 transactions. Such market behavior can act as a proxy for whales’ activity, suggesting how they may be positioning for a big price move,” he tweeted.

Meanwhile, the dog-themed token has already been on a surge spurred on by the announcement of Elon Musk’s successful takeover of the social media giant, Twitter. Following confirmation that Twitter had accepted Musk’s $44 billion offer, the price of DOGE surged massively, bringing the token back into the top 10 cryptocurrencies by market cap.

Musk, a staunch advocate for DOGE, has also recently expressed his opinion on what the blockchain needs to become more useful. Conspicuously, he is not overly hyped about Dogecoin being associated with “web 3”.

Where is the price of DOGE headed?

While Elon Musk’s influence on the price of DOGE isn’t new, it looks likely to be a major catalyst for market optimism around DOGE. For one, Musk has previously hinted at a possible integration of DOGE on Twitter, and his successful takeover could bring this to reality fast.

In the opinion of Martinez, this optimism seems to be behind the DOGE flight. Pointing to technicals, he noted that DOGE appears to be headed to new highs. Martinez however maintains that the bullish outlook will only be confirmed if the price holds above $0.13.

Previous post “DeFi is not decentralized at all,” says former Blockstream executive

Next post Mark Zuckerberg to Investors: Expect Nothing From the Metaverse