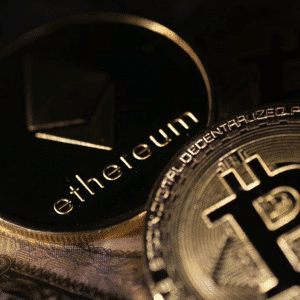 Ethereum, which is the second-largest cryptocurrency after bitcoin, has for the first time overtaken bitcoin by the number of daily active addresses on its network.

Ethereum registered just over 750,00 active addresses as of Friday, some 50,000 more than bitcoin, according to crypto analytics company Santiment. Meanwhile, bitcoin’s total number of active addresses has dropped 38% over the last three months, data from Bitinfocharts revealed, in           what could be seen as a bearish sign for the bitcoin price.

“On a day that saw history be made with ethereum surpassing bitcoin in daily active addresses for the first time, altcoins came to play,” crypto analytics firm Santiment posted to Twitter alongside the data.

The ethereum price, up almost 1,000% on this time last year, has outperformed bitcoin over the last 12 months by a factor of three as long-awaited upgrades get underway and banks begin experimenting with decentralized finance (DeFi)—using crypto technology to recreate financial products such as loans and insurance and mostly built on top of ethereum’s blockchain. Meanwhile, the NFT (non-fungible token) craze that has seen all manner of memes, digital artwork, tweets and YouTube videos sold via ethereum’s blockchain has further boosted ethereum demand.

The DeFi boom, helping the price of ethereum rivals such as cardano, Binance’s BNB, polkadot and solana explode many thousands of percent, comes as ethereum begins its long-awaited transition away from bitcoin’s proof-of-work validation model to the more energy-efficient proof-of-stake. 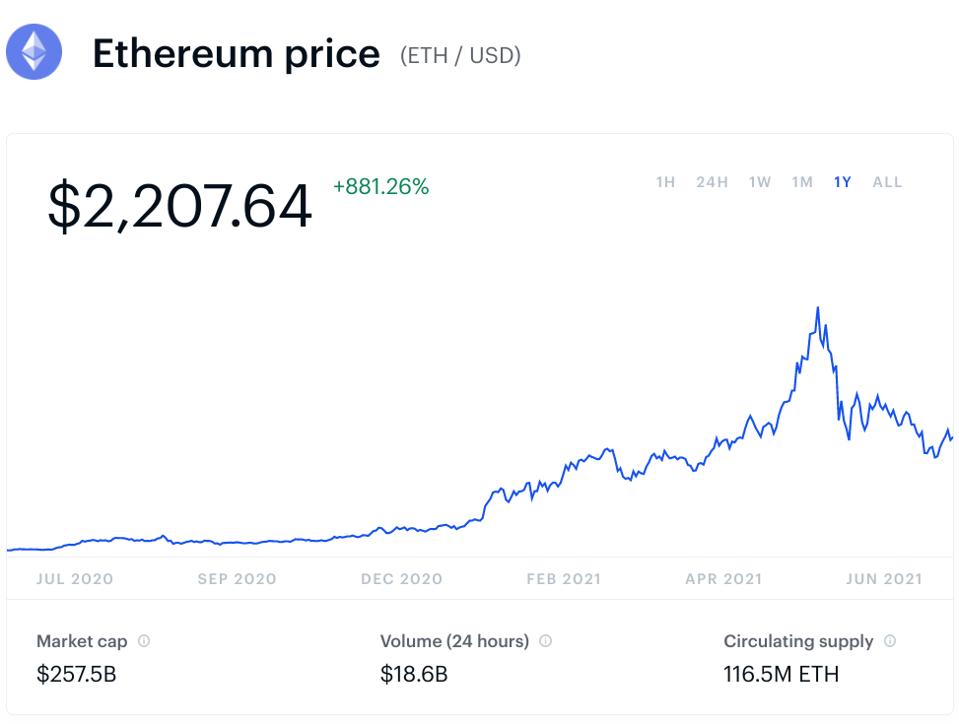 This week, Wall Street giant JPMorgan, in a report first revealed by Forbes, predicted ethereum’s shift to proof-of-stake will spur crypto adoption and help generate $40 billion worth of value by 2025.

“Not only does staking lower the opportunity cost of holding cryptocurrencies versus other asset classes, but in many cases cryptocurrencies pay a significant nominal and real yield,” JPMorgan analysts wrote.