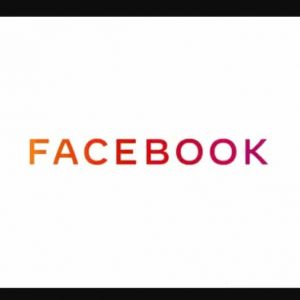 Facebook’s new corporate logo is, in a word, bland, leading to plenty of goofs across the internet making fun of the uninspiring font that appears both boring and sinisterly corporate at the same time. The latest dunk comes from Twitter CEO Jack Dorsey who posted a tweet mocking the uninspiring design.

Per the announcement, Facebook (the parent company) will be adding the new logo to the various services it owns, like WhatsApp and Instagram, in the form of a “From FACEBOOK” tag at the bottom of various pages to constantly remind users that the corporate monolith owns them.

Of course, logos aren’t the only thing Facebook and Twitter have butted heads over recently. Dorsey implicitly took Facebook CEO Mark Zuckerberg and his company to task last week with an announcement that Twitter will be suspending all paid political advertisements on th e social media site.

It was a move that many viewed as a response to Facebook’s controversial policy of permitting politicians to lie freely in political ads without any fact-checking.

Compared to that, mocking Facebook’s new logo isn’t quite as serious, but it’s a clear sign that the fight between the two social media giants is still alive and well in 2019.

Recommended!  Google releases top search keywords in Nigeria for 2021 — the number 1 keyphrase will shock you

Next post How to take screenshots on your Mac, Windows PC, iPhone and Android