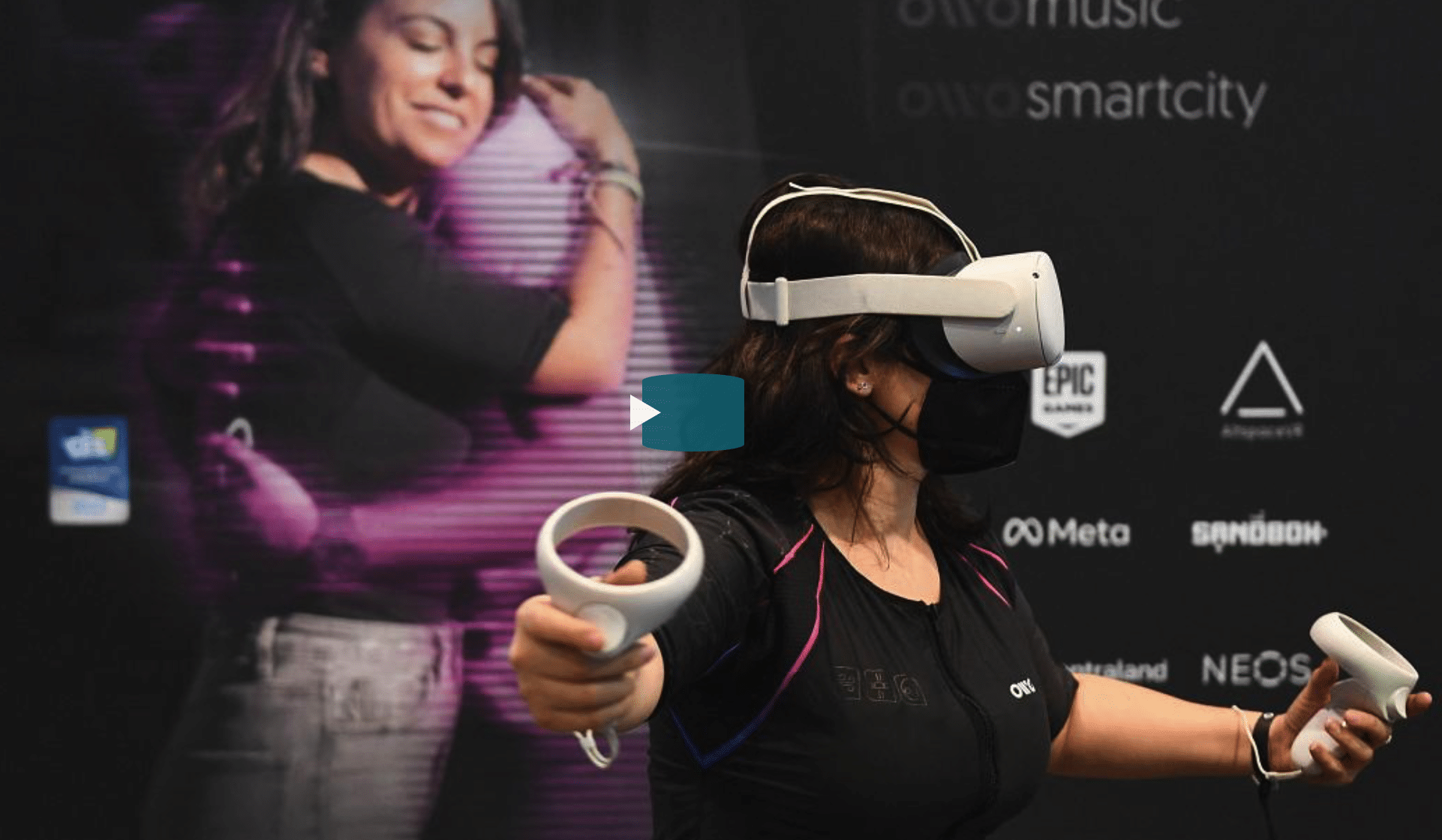 The 2022 Consumer Electronics Show (CES) held on Wednesday in Las Vegas despite surging Covid-19 cases in the US got lots of tech companies and their employees displaying   virtual cities and the feeling of gunshots while playing a video game, the race to make the virtual world of the metaverse a reality has been at the heart of everyone.

CES, one of the world’s largest trade fairs, is pushing ahead with an in-person edition after being online-only last year due to the pandemic.

Despite a thinner crowd, the show floor is still hosting businesses offering everything from quirky gadgets to technology aimed at humanity’s deepest concerns.

One of the top items on the menu for the 2022 edition is transportation, which is increasingly electric and autonomous.

There are also new categories, including food tech, space tech and NFTs.

Space-related technologies are making a strong entrance after a year that saw peaking interest in space tourism and the development of satellite internet.

And then of course, the metaverse is on everyone’s mind.

Tech to unlock the metaverse

“There’s a lot of buzz about the metaverse today. And it is in fact a new trend in the industry, and one that I think is going to evolve over the next roughly 20 years,” said Steve Koenig, Vice President for Research at the Consumer Technology Association (CTA).

From a technology perspective, combining our robotics with the metaverse will have a huge impact. Our mobility solutions will be expanded into what we call metamobility

“We’re starting to talk about metaverse now the same way we started to talk about the internet in the early 1990s. And so if you remember back to that time, when we were all using 56k modems and dial-up internet service, it was impossible to imagine the things we’d be doing online today and I think the same is true with Metaverse.”

Tech companies such as Hyundai, Shiftall, Owo or Touchcast have all unveiled tech at CES 2022 that will unlock the metaverse.

Owo, for example, has developed a haptic gaming vest that allows its user to feel everything that happens to them in the metaverse or a video game. One of their employees demoing the gear at CES explained that when hit by a dagger in the game, “you can feel the movement”.

The company’s CEO, Jose Fuentes, said that up until now haptic feedback – the use of touch to communicate with users – was restricted to just vibrations.

“But in vibration, you always only feel one sensation,” he said.

“With our technology, you don’t have limits. You can feel all types of sensations. What is the metaverse if you can’t feel it? It’s only an avatar,” he added.

Another bodysuit, developed by Shiftall, a subsidiary company to Panasonic, used a sensor placed on the nape of the neck so that users can feel cold or hot depending on where they are in the metaverse. The suit was completed with goggles and a microphone that can mute your voice to those around you.

Talking about the development of technologies towards the metaverse, Robin Murdoch, a new technologies analyst at Accenture, said that “it’ll [the tech] reshape entertainment potentially, it’ll reshape lots of different industries”.

“But we’re really just at the start, and you’ll hear it at CES this week, lots of companies talking about their goals and ambitions for the metaverse, but less on actually the technology behind the metaverse yet,” he added.

Some of the most futuristic concepts were unveiled by Hyundai and Touchcast.

In a show worthy of Las Vegas’ best theaters, the South Korean automaker’s chairman Euisun Chung made his entrance accompanied by Spot, the dog bot created by Boston Dynamics, to talk about “metamobility”, the fusion of metaverse and mobility.

Recommended!  What would an NFT marketplace for science and tech IP look like?

“From a technology perspective, combining our robotics with the metaverse will have a huge impact. Our mobility solutions will be expanded into what we call metamobility,” he said.

How To Start Profitable Poultry Farming In South Africa, Morocco And Egypt

Top 15 Businesses you can start with Low Capital in Kenya, Egypt, Morocco etc