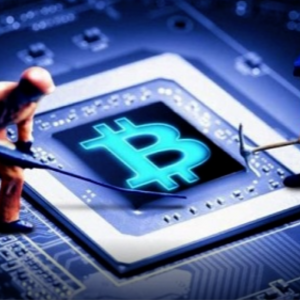 Bitcoin popularity has been on an increase lately after it’s value surge above $20,000 in 2020. Perhaps you must have heard of Bitcoin mining and you might be wondering how does Bitcoin mining work? If that’s the case, this article will show you what is Bitcoin mining, how to participate in making money from this raving phase of the internet, Blockchain. But before we start, you must, first of all, know what Bitcoin is.

Bitcoin is a digital currency that was created in the year 2009. It is the world’s first, largest and most popular cryptocurrency currently on the planet, which is also known for its turbulence. The Bitcoin system as a whole is a collection of computers that are called nodes or miners. These are responsible for running bitcoin’s code and for storing its blockchain (transactional history).

If you are interested in buying cryptocurrency in Nigeria, there are 2 platforms that you can easily buy in Nigeria with Peer 2 peer, which are Roqqu and Binance. You can buy as many bitcoins as per your wish, keeping the total limit of 21 million in mind and among which 18 million are already in circulation. We published a step by step guide on how to set up a crypto wallet.

What is Bitcoin Mining?

Bitcoin mining is all about the process of digitally adding transactional records to the blockchain. Blockchain is actually a publicly distributed ledger that holds the history of every bitcoin transaction that has taken place.

It is a process that involves keeping a record that is executed through immense computing power. The Bitcoin mines from around the world contribute to a decentralized peer-to-peer network. This is to ensure that the payment network is secure and trustworthy.

How Does Bitcoin Mining Work?

Blockchain is the key to bitcoin mining. It is basically an online decentralized ledger with the objective of recording every transaction that is done on the network. Actually, the block of approved or valid transactions is called a block. Now when these blocks are tied together they form a chain. Hence the name Blockchain.

Coming back to the Bitcoin network, a miner adds individual blocks to the blockchain by solving sophisticated mathematical problems. This process demands computational and electrical power. It is not like that a single miner is being involved in this process, many miners compete to add each block. But the miner that is able to solve the problem earns a chance to add the block along with an approved transaction. The miner also receives a reward for the same. This reward is 12.5 bitcoins.

Note: The reward does not remain the same throughout, it changes with time.

Moreover, once the block is added to the blockchain, you are free to spend the bitcoins that are associated with the transactions. You can also transfer them from one account to another account.

Things you should know about Bitcoin Mining

Miners are getting paid for their work as auditors. They are doing the work of verifying the legitimacy of Bitcoin transactions. This convention is meant to keep Bitcoin users honest and was created by bitcoin’s founder, Satoshi Nakamoto.

How to Mine Bitcoin with Smartphone

The good news is that you don’t need to solve any mathematical problem, all you need to connect with a genuine Crypto mining pool. Most mining pools only support PC software, but I’ll be sharing with you some bitcoin mining platforms that you can actually mine even with the use of a smartphone.

Bitcoin has gained huge importance within a short time. Since its introduction in the year 2009 Bitcoin, Crypto wallet, Bitcoin mining, and so on remains a topic of debate. You must be aware of what Bitcoin mining is all about after going through this resolute dossier. So if you are interested, it’s time to make a decision and start buying and selling bitcoin at your convenience. It will be fun.