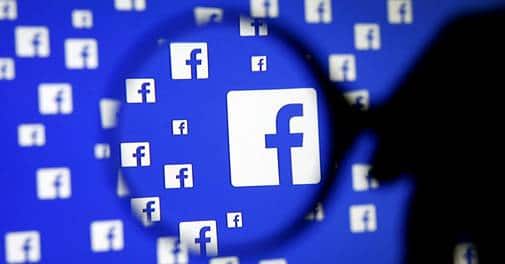 The majority of this work comes through Facebook, where his comics have about 19,000 followers. “I ran the page for about a year,” Ibrahim says. By then, it had become its own community, and now he does not need to spend much time maintaining it. During the launch period, Ibrahim spent a lot of time “posting regularly and engaging with comments” and also “sending the page to everyone I know”. Freelance work came through those comments. “People and businesses would send me a message through the page, looking for an artist. Sometimes they ask for one of my comic characters to use for a product.” He can’t imagine how he would have launched his artistic career without Facebook.

The social network has two benefits for businesses – not only in Africa but for all emerging markets. The first is the ease of access. “Everybody has Facebook,” Ibrahim tells me from his studio in Khartoum, where he is still working late at night. “Everybody knows how to use it. Most of my audience is in Sudan and they can share my content easily.” The second benefit is its analytics function. Ibrahim can see who shares his content and how it spreads, and make decisions about how to increase his business. But, for many people, Facebook is not only indispensable but unavoidable.

Across Africa, Facebook is the internet. Businesses and consumers depend heavily on it because access to the app and site are free on many African telecoms networks, meaning you don’t need any phone credit to use it. In 2015, Facebook launched Free Basics, an internet service that gives users credit-free access to the platform. Designed to work on low-cost mobile phones, which make up the vast majority of devices on the continent, it offers a limited format, with no audio, photo or video content. Over the past five years, Free Basics has been rolled out in 32 African countries.

Facebook’s ambition does not end there. Where there are no telecom providers to partner with, or where infrastructure is poor, the company has been developing satellites that can beam internet access to remote areas. This plan, however, was set back in 2016, when a rocket-powered by Elon Musk’s SpaceX exploded, destroying an AMOS-6 satellite on board that Facebook had intended to launch and, through it, lease internet connectivity in partnership with Eutelsat, a French satellite company.

Internet access in Africa is overwhelming via mobile phones; only about 8% of African households have a computer, whereas phone ownership hovers at around 50%. Half of the mobiles are online, but not via billed plans. The majority of data users pay as you go, and sometimes own multiple sims to switch between cost-effective plans. When the data they have purchased runs out, Facebook is still there.

Western users are deleting their accounts for a variety of reasons, among them the platform’s record on privacy, its contribution to political volatility by designing algorithms that prioritise disagreement and friction, and its staleness as a user experience. Younger users prefer shorter, more transient content, as on TikTok, Instagram and Snapchat. According to whistleblower Frances Haugen’s testimony to the US Senate, the company is aware of its stagnating growth in certain places and demographics. “Facebook understands that if they want the company to grow, they have to find new users,” she told senators. An internal Facebook document refers to a decline in younger users in “more developed economies”. In much the same way that tobacco companies migrated their efforts to emerging markets once the potential elsewhere was diminished by landmark lawsuits, regulation and awareness-raising, so is Facebook focusing on new pastures.

In 2020, as the pandemic began, I found my movements on the African continent limited for months at a time – for instance, in Egypt during an airport shutdown and a strict sunset curfew. My Facebook account – a relic of younger days and old online habits – became essential if I wanted to contact businesses, find phone numbers, order food and even hunt down tips for securing vaccines. The links I followed inevitably ended up in variations of a “Join Facebook to comment/message/contact” page. In the end, I reluctantly reactivated my account.

The timeline I returned to was a virtual Marie Celeste, a tumbleweed of posts from friends and relatives who had also long left the site but never bothered to delete their accounts, which had become prey to viruses and phishing. Yet, Facebook was soon my most used social media app.

Mona Amin had the same experience. When she moved from the US to Kenya in 2017, Facebook was inescapable. Settling down in a new country that didn’t have the infrastructure she was accustomed to meant that everything from finding places to rent to sourcing furniture happened via Facebook. For someone whose last interactions on Facebook had been to like people’s photos from a night out, the new interface was overwhelming and unwieldy. “I didn’t even know how to use it anymore,” she says. “But it is useful, and there are a lot of people still on there. Or they’ve rejoined.”

To users in volatile economies with disrupted supply chains, Facebook isn’t just useful, it is vital. Balqees Awad lives in a remote part of the Sudanese capital Khartoum, a city that has witnessed political instability and food and fuel shortages over the past three years. One closed Facebook group, in particular, has been a lifeline – helping her to secure bread and petrol. “When a bakery receives a bread delivery, or a petrol station replenishes its fuel, someone always posts in the group. They even tell us when there is a heightened police presence in certain areas. Security patrols sometimes pick up people for no reason and extort or detain them.” Members are vetted before they are allowed entry into the group to ensure they are trustworthy sources of information, and not gathering intelligence to report to jittery security and police forces.

Awad buys her data, as she buys almost everything else, including her food, electricity and gas, in small, pre-paid quantities. She doesn’t pay a single bill at the end of the month apart from rent. “The ‘small economy’,” is what we call it,” says Nanjala Nyabola, a Kenyan writer and advocate. This describes the “kadogo economy” in Kenya, where commodities are sold in the smallest possible unit – one banana, one piece of bread, one ounce of flour, one megabyte at a time. Small is the way it has to be for much of sub-Saharan Africa – not just for ease of budgeting, but because a large section of the population is unbanked, so the direct debits required for contracted phone services are not an option.

But, even when markets are more sophisticated, Facebook still maintains a strong grasp on business owners and users. Amina Rashad runs Glow, a Cairo-based business that provides healthy meals, nutrition programmes and juices. She started the company from her home in 2017 and simultaneously set up a Facebook and Instagram page. “It’s what made my business,” she says. “It was my virtual store for such a long time.” She took orders via Facebook messenger and a WhatsApp widget embedded in the Facebook and Instagram page. Once the business took off, she was able to diversify the way she received orders, building a website and an app, both of which take orders and payments. An affluent clientele base means that her customers are more likely to use a bank. Egypt’s e-commerce infrastructure has developed rapidly over the past decade, particularly in the food and grocery delivery sector, which helps the capital’s growing middle class save time and hassle in a sprawling, densely populated and traffic-congested city.

But there are still limitations that send Rashad back to social media, where orders are taken manually and paid for on delivery. The company’s website and app payments system is hosted on a shared platform, rather than a proprietary one, a common arrangement that is cost-effective for a growing business. But, despite the volume of orders that now come from the website, and the relatively low cost of automating payments, shared platforms come with less control when things go wrong – such as provider servers going down, or when there is a need for urgent site maintenance. “There is a highly personalised element to the product,” says Rashad, so she is happy to remain in an orders ecosystem that is less anonymous, “so we can go back and check details, answer questions, and check allergies.”

Facebook presents its free internet initiatives in Africa as philanthropy, but they are also likely to be a way for the company to reposition itself, as users log off in the west and log on elsewhere. There is a growing awareness in the global south that Facebook’s overtures may have sinister implications. Free Basics was effectively banned in India in 2016, after an outcry that the initiative violates the rules of net neutrality, the principle that all content and applications should be enabled by internet service providers. According to research by Global Voices, Facebook’s actions constitute “digital colonialism”, where it “is building this little web that turns the user into a mostly passive consumer of mostly western corporate content”.

These consumers aren’t always passive. The concentration of users on Facebook in some African countries has had some positive outcomes in terms of facilitating free speech and civic activism in nations where oppressive regimes have a tight grip on the public space. ‘There’s no doubt in my mind,” says Nyabola, “that social networks have been useful for political discourse and for organising in countries where there is no free speech.” After a military coup in Sudan last October, the army cut off internet services, but some users still managed to find ways to live-stream protests on Facebook. While reporting on the coup and its aftermath, I found myself, again, familiarizing myself with Facebook’s functionalities.

The platform’s neglect of moderation means that armed militias and authoritarian regimes also abuse the platform for their own propaganda ends, not to mention the trolling and personal attacks that take place, just like anywhere else. CNN reported, in October last year, that Facebook knew it was being used to incite violence in Ethiopia and did not act. There has also been a “failure to invest in language, in understanding local context”, Nyabola says. “Facebook’s Africa office opened in 2015. The first Amharic-speaking content moderators were hired in 2019. It’s not a small thing that less than 100 people are working on content moderation in Ethiopia.” And Amharic is only one of more than 80 languages spoken in Ethiopia.

While Facebook in Africa remains broadly unpoliced, the platform’s benefit to the voiceless will be drowned out by those who are louder and more powerful. In the meantime, for small businesses and users alike, Facebook is unavoidable. The company may be in a fight for its life in the west, as calls for regulation grow louder and cloud its prospects. But in Africa and other regions in the global south, Facebook’s economic, political and social influence almost guarantees it a second life.