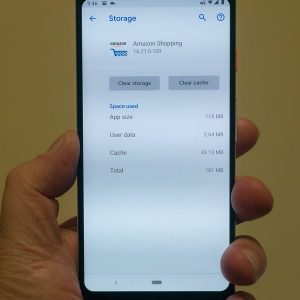 Each of the main operating systems — Windows, macOS, Android, and iOS — incorporates one or more ways to take screenshots. Here’s a quick and simple guide to taking screenshots in all four.

HOW TO TAKE SCREENSHOTS ON A MAC

Current Macbook versions (Mojave and Catalina) of the macOS come with a Screenshot app, which is accessed by pressing Shift-Command (⌘)-5.

You’ll get a command bar that gives you various options. You can take a screenshot of the screen, a window, or a specific selection; you can also take a video of all or part of your screen.

There is an “Options” button that lets you choose where you want to save your screenshot to, and you can also set a short delay. When you’re ready, click on the “Capture” button on the right end of the command bar.

If you haven’t upgraded to Mojave or Catalina, you can still save screenshots to your desktop as PNG files.

SCREENSHOTS ON A WINDOWS 10 PC

Depending on your specific system, you should be able to take a screenshot by pressing the Windows logo key simultaneously with the PrtScrn (or PrtSc) key (which is usually on the right end of the function key row).

If that doesn’t work, you can try adding the Ctrl or Fn key to the combination. The image will be saved in the “Pictures” > “Screenshots” folder as a PNG file.

If that doesn’t work for you (I found that half the time I tried it, the system refused to take the screenshot), a second, more reliable method is to hit Windows + Shift + S, which will bring up a Windows app called “Snip & Sketch.” (The app is also accessible from your Windows app menu.)

Your cursor will turn into a plus sign, and you’ll get a small toolbar at the top of the screen that lets you select a rectangular clip, a freeform clip, or just take a shot of the entire screen. The clip (or “snip,” as Windows calls it) will be saved to the clipboard and a thumbnail will appear in the lower right corner of your screen. Click on that to edit the photo, save it (as a PNG, JPG, or GIF file), or share it.

You can, if you want, make the PrtSc key bring up Snip & Sketch when you press it.

SCREENSHOTS ON AN ANDROID PHONE

There are two ways to take a screenshot of your Android screen (assuming you have Android 9 or 10):

Either way, after you’ve taken the screenshot, it will briefly appear as a smaller version and then disappear, and you’ll get a top notification that lets you share, edit, or delete it.

Something to look for: Some Android phones (for example, certain Samsung and Huawei phones) let you take “long” screenshots, where you can scroll the screen down and capture the entire page. Check your phone’s support pages if you think you might have that — it can be handy.

If you want to find all your past screenshots:

SCREENSHOTS ON AN IPHONE

Taking a screenshot with an iPhone is simple and uncomplicated: