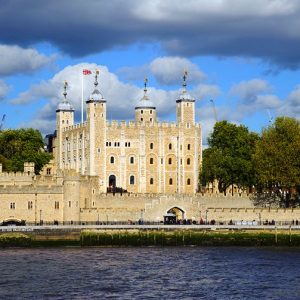 The tourism of India has always been a center of attraction both for Indians and also for the people of other countries. There are many fascinating sites and heritages in India for which tourist drool and visit India. Every state in India has its own traditional beliefs and culture. Imphal is also one of those cities which has been a center of attraction for the people.

It is situated in the north-eastern part of India surrounded all over by large hills, mountains, and plains. It is one of the oldest city in India taking its place in the centermost part of Manipur valley. You can choose to book your hotel in the best places with available Oyo Rooms Offers online today in Imphal.

Loktak lake – It is the largest freshwater lake in the north-eastern part of India. There are much heterogeneous vegetation, organic matters, soils which float on the surface of the water because of their different parts of decomposition due to which this lake is also known as Floating lake. The water of this lake is so fresh that it is also a source of drinking water, hydropower, and irrigation to various parts of the city.

Recommended!  5 Amazing Destinations You Can Visit For Holiday

Three mother’s art gallery – This is also an art gallery as well as museum stationed at the Thangapat Ma pal Palace Compound, Manipur confronts a very rich and heritage sites in this museum. The name of this museum is three mothers as it signifies mother tongue, motherland and the mother of self. This art gallery is based on the concept of the roots of the tree depicting the relationship between non- living and living things.

Kangala Fort – This fort is located beside the bank of river Imphal and is also known as Palace of Kangala. The word Kangala is originated from an ancient language known as Meitei, meaning “dry land”. The palace was constructed with a religious and political belief by The king Pakhangna.
War cemeteries- Imphal has been a war land and with the passage of years, the city has been experiencing many malevolence and brushes.

These war cemeteries are the historical proof of the battles undergone in the city. The cemeteries have the graves of the soldiers who sacrificed their lives during the war.

Khwairamband Bazar – For all the shopaholic people’s out there, this is like a dream market for you. There are approximately 3000 shops in the market which are operated by women of Manipur. This market has all A to Z products from clothes to fruits and vegetables. The specialty of this market are those shops which are specialized in selling cane baskets and wooden items.

Recommended!  10 Best Places to Visit in the USA

How to reach Imphal?

If you want to visit Imphal by air then you must opt for the nearest airport which is about 8 km far from the center of the city and is networked with the nearby cities like Kolkata, Delhi, and Guwahati.

The regular flights that land on the Imphal airport is Jet Airways, Indigo and Jet Lite. You can also take a taxi with available Uber Offers online to avail discounted rates for outstation trips.

If you want to travel by rail then it is very important to know that Imphal doesn’t have a railway station in its own name but there is a nearby railway station about 215 km away from the city in Dimapur and the express trains traveling there are Rajdhani and Guwahati.

And make sure that you pre-book for your trip as the trains do not run on a daily basis for the station.
If you are opting to travel by bus then there are many cities that run their buses through national highways. Manipur Bus Corporation runs its buses from various cities to Kohima, Agartala, Itanagar, and Shillong.

What is the best time to visit Imphal?

The best time to visit Imphal is between October to April. The monsoon weather of Imphal makes it so pleasant for the tourists and a large number of tourists are experienced during the time of monsoon. At the time of February, the city is covered with the snowfall making the city look like a paradise. It is upon the visitors that which whether they prefer and can visit the city at that time of the period.

Recommended!  5 Amazing Destinations You Can Visit For Holiday

We hope that this article is helpful in providing you with the maximum details about the city. The above article has been given on the basis of a lot of research and personal travel blogs.

Next post 10 Best Places to Visit in the USA

2 thoughts on “Imphal Tourism – Things to Do”

10 Best Places to Visit in the USA