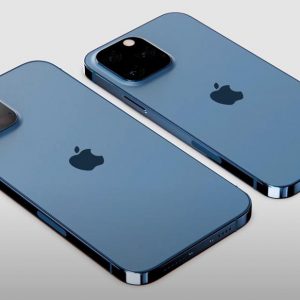 3
SHARES
ShareTweet
It’s only been a few months since Apple introduced the latest generation of smartphones with the iPhone 12, iPhone 12 mini, 12 Pro and Pro Max. These are the first iPhones to feature a 5-nanometer processor called A14 and come equipped with 5G.

However, the iPhone 12 models are still missing some features that Android devices have offered for a long time and that will only come with the iPhone 13 (according to the current information and rumours). On that basis, in this article, we’ll look at all the reasons why you should wait for the iPhone 13 and not buy the iPhone 12 series. Catch up on all the latest news about the 2021 iPhone here: New iPhone 13 news hub.

Reason 1: You only have to wait until September

The new iPhone will arrive in September 2021. At least that’s what we anticipate based on the fact that Apple usually launches a new handset in September apart from when we are in the midst of a pandemic. Hopefully this year things will return to normal, eventually.

Many high-end Androids have a high refresh rate of 120Hz screens. The iPhone 12 series, on the other hand, has 60Hz displays. Apparently, Apple held off switching to the new technology in 2020 because of the negative effect on battery life, but the 2021 iPhone Pro and Pro Max models are likely to adopt 120Hz displays. This would allow smoother animations and faster reaction times – and an always-on function could finally arrive.

Reports suggest Apple will use LTPO OLED displays for this. Among other things, these displays support the adaptive image frequency without requiring additional hardware. The panels will come exclusively from Samsung and are already used in the Galaxy Note 20 Ultra. LG was also considered as a supplier, but according to The Elec, LG will not be able to deliver LTPO OLED screens in large quantities until 2022. Therefore, it is assumed that only the two Pro models of the upcoming iPhone 13 series will be equipped with an LTPO display that supports 120 Hertz.

The cheaper iPhone 13 models will probably offer a conventional OLED screen and continue to work with 60Hz.

As soon as LG comes into play as an additional supplier of LTPO displays, the standard iPhones will likely gain adaptive refresh rates of up to 120 Hertz. This feature is likely to come to all new iPhones in 2022.

Apple is already using a ProMotion display in the iPad Pro, which increases the refresh rate to 120Hz.

As we indicated above, another feature made possible by these new screens is an always-on function – something that is a feature of Android phones and familiar to those who own an Apple Watch Series 6 or 5. Even when the display is off it shows important information like the time, battery level and notifications. This is practical as it means you don’t always have to unlock or tap your phone to get this information.

This would apparently have been possible with the OLED screen that Apple already uses on all iPhone 12 models, so it should be a safe bet that at least the pro-iPhone 13 models will come with an always-on function. We discuss the always-on iPhone 13 in a separate article.

Reason 4: The return of Touch ID

Since the iPhone X, every new iPhone has only supported face recognition (Face ID) as biometric authentication (with the exception of the iPhone SE 2020). Touch ID, i.e. unlocking by fingerprint, is no longer a feature.

One of the reasons for this is Apple’s decision to provide almost borderless displays, which means that there is no space for the physical home button in which the fingerprint sensor was traditionally integrated. Of course, other smartphone manufacturers also had this problem. The solution: in many cell phones, the scanner is now located directly in the display or under the glass. Even the 2020 iPad Air offers Touch ID integrated into the on-off switch.

Recommended!  Oppo A94 5G and Oppo A54 5G Specifications and Price Surfaces Online

Even if the face recognition is secure and fast, unlocking with the finger remains practical – especially while we are required to wear masks and find ourselves frequently having to type in our PIN code. Touch ID would have been very practical in the iPhone 12 series.

With calls for an easy way to unlock the iPhone with a mask on Apple is set to introduce a method of unlocking the iPhone via the Apple Watch, but there are calls for the return of Touch ID to the next generation of handsets so many will be happy to learn that there are rumours that the iPhone 13 will come with a fingerprint scanner concealed under the display glass.

The latest rumours suggest that the next-generation iPhone will have an improved camera. All four models of the iPhone 13 will be equipped with an optimized ultra-wide-angle camera. Offering an aperture of ƒ1.8 instead of ƒ2.4, which means more light will fall on the sensor. This will enable better recordings in poor lighting conditions.

In addition, it is assumed that the improved telephoto lens of the iPhone 12 Pro Max with 65 mm focal length and ƒ2.2 will also be installed in every iPhone 13 model and no longer just the most expensive variant.

There were calls for the iPhone 12 to come with USB-C instead of Lightning. Obviously, it didn’t, so what of the iPhone 13? Well-known leaker Jon Prosser is certain that no iPhone will ever support USB-C. However, he indicates in a YouTube video that in 2021 the iPhone could completely dispense with ports; relying only on wireless charging.

One benefit of a port free iPhone would be improved waterproofing, as there would be no way for liquids to enter the iPhone.

Unfortunately for the notch haters, the notch will remain on the upcoming iPhone, but it will be smaller. Leaker IceUniverse indicates that the width of the notch in the iPhone 13 will be identical, but the height will be reduced. As a result, the notch will take up less space on the display and hopefully be less annoying.

Only the iPhone 12 models produced for the American market support the fastest cellular standard to date – 5G mmWave (sometimes referred to as 5G+). That’s because there is already a corresponding network there, in other countries (including the UK) 5G mmWave does not yet play a role – in fact it may be years before it does. But if it does eventually arrive, buying a better future-proofed iPhone will be wise.

According to a report from Patently Apple, that’s exactly what will change with the iPhone 13. With the 2021 generation of iPhones, more models will offer 5G mmWave support.

If you don’t want to wait to buy a new iPhone check out our round-up of the best iPhone 12 deals to see if you could save money on a new iPhone.

Reason 9: A 1TB model is rumoured

It’s a far cry from the 8GB iPhones of the early days. The next-generation iPhone could offer 1TB storage!

Jon Prosser has been saying that the 2021 iPhone will come with a 1TB option since October 2020, and as of February 2021 analysts at Wedbush have added their voices to Jon Prosser’s claim. Stating that their supply chain investigations indicate that the next-generation iPhone will offer up to 1TB storage.

The iPhone currently has a maximum storage of 512GB. That’s probably more than enough for most people, but if you were using your iPhone to shooting the film in high resolution the extra storage would be beneficial.

This article originally appeared on Macwelt. Translation and additional reporting by Karen Haslam.

Next post Why I switched from Apple Music to Spotify