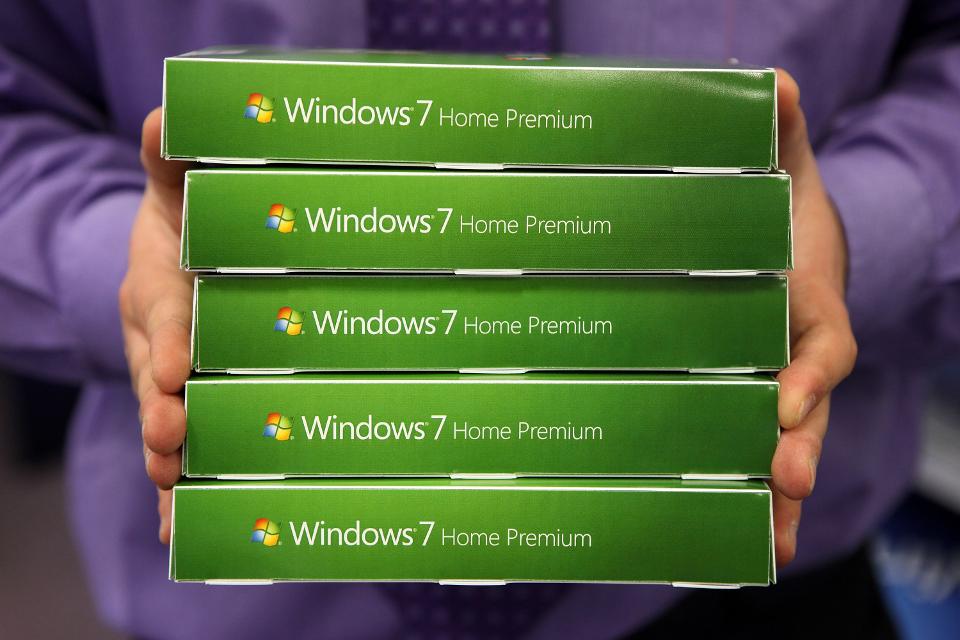 1 — Microsoft is recommending that 400 million users buy new PCs by next month.

After recently announcing that they will be ending support for the Windows 7 Operating System, Microsoft released a statement this week suggesting that its nearly 400 million users still on Windows 7 switch entirely to Surface rather than upgrade their devices.

The company detailed that—for most users who are using Windows 7—navigating over to a brand new PC that has Windows 10 Pro will be the most efficient move since—according to Microsoft—those devices are more secure, powerful, lightweight, and operate faster than the previous models. (Source: MS Power User)

OK, no one’s saying that you HAVE to buy a Surface. There are plenty of other great devices you can get for your business that also run Windows 10. But please…if your company still has computers running Windows 7 you have to do something. Upgrade. Switch to new devices. Turn them off. Computers running older operating systems like Windows 7 are very vulnerable to malware attacks which means that the cost of not upgrading could very well exceed the cost of replacing those older computers.

2 — Google is planning to kill support for third-party cookies that track you all over the internet.

Google announced this past week that—within the next two years—it is planning to cease support for third-party cookies in its Chrome browser. Ad networks and advertisers are typically the ones who add third-party cookies in an effort to track users through various sites in order to help target advertisements and monitor performance.

Before Google begins to dial back support for third-party cookies within Chrome, they first plan to navigate meeting the needs of advertisers, publishers, and users who will be impacted by the change. (Source: CNBC)

This is a potentially big deal. Cookies from third parties are at the core of many brands’ efforts to track visitors and drive ads to their attention. If your business does online ad campaigns or use re-targeting services to drive traffic to your website, then Google’s potential change could impact your marketing plans. Stay tuned.

The deliberate steps that Apple took this past September to help users stay more informed regarding their data and what they share seems to be working.

With their new privacy protection approach, background location data that was available for advertisers to target in the past, is now data that those advertisers need to do without. With the new privacy feature, users are able to decide whether or not they want the apps they are using to share their data with companies who—in the past—would have had access to it.

Currently, typically less than 50% of users opt-in to allow their data to be shared with apps when they are not being used. (Source: DigiDay)

Man, between Apple and Google this is a bad week for advertisers. Does your business use location based advertising to attract customers? If so, then Apple’s new privacy features may have an impact on your marketing spend.

The best thing to do is to play close attention to what apps are generating business and make sure that these trends continue over the upcoming months. If you see a drop off, it could be because of Apple’s new privacy protections and may make you change some of your marketing investments.

Research released this past week indicated that the PC market had seen growth for the first time in 8 years. According to Gartner and IDC—the firms conducting the research—annual PC shipments over the last year went up.

Although the numbers released by both firms differed—with IDC estimating the increase at 2.7% year over year and Gartner finding the figure to be only 0.6%— any growth is a move in the right direction for the industry, with smartphones having taken precedence over desktop and laptop purchases. (Source: PCMag)

Maybe this is understated. If Microsoft had their way, the company (per above) would say another 400 million PCs to buyers too! Two thoughts on this: because PC sales have dropped so dramatically over the past decade, growth was inevitable because things can only drop so far. Secondly, it’s good news.

As things have shaken out in the hardware market, it’s clear from what I see at most clients that businesses do need PCs and laptops and that tablets and phones can’t do it all. So go ahead: get that new PC.

Recommended!  These are the Project Athena laptops, Intel hopes will change how you work

5— TurboTax, H&R block, TaxSlayer, and more were described as the best tax software for 2020.

Editors at CNET—a tech news website—revealed their picks this past week for the best tax software companies for 2020. TurboTax was highlighted as being the best tax software for live personal support, offering several options regardless of how complicated one’s tax scenario is. (Source: CNET)

Looking for tax software? CNET’s piece above is a great resource for you. According to the editors there, for the best multiplatform option, H&R Block was highlighted for their features helping with taxes such as unlimited technical support, as well as chat and phone support for customers who are on a higher tier.

TaxSlayer was deemed as having the best overall pricing for the services it provides, while Credit Karma Tax, Tax Act, and FreeTax USA were also highlighted for their features and offerings.

These are the Project Athena laptops, Intel hopes will change how you work

Windows 7 is Dead. Here’s how to Upgrade to Window 10 free