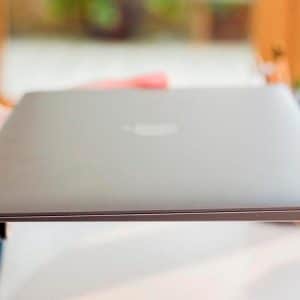 The MacBook Air Apple released in March 2020 got us really impressed and the flip was amazing, and then Apple blew that out of the air with the M1 MacBook Air in November 2020. With two MacBook Air launches in 2020 you’d be forgiven in thinking that there would be no big MacBook Air news on the horizon, but apparently, there is a new MacBook Air in the works and Apple is planning a redesign to boot.

According to Bloomberg’s Mark Gurman (who seems to have access to some pretty good sources) Apple is developing a “thinner and lighter version of the MacBook Air“.

In this article we’ll investigate what’s in store for the new MacBook Air, we’ll evaluate whether a new MacBook Air will launch in 2021, and we’ll take a look at the anticipated features and improvements.

As per Gurman’s report, the new MacBook Air could arrive in the second half of 2021, but the launch could be pushed back to 2022.

We wouldn’t expect to see a new MacBook Air before October 2021, October being the month when Apple tends to present new consumer-focused Macs. Alternatively, a March 2022 launch would correspond to the early-2020 MacBook Air update.

According to the Gurman report, this new laptop will be positioned as a higher-end version of the current MacBook Air with the current models remaining on sale.

The current MacBook Air is priced as follows.

Should the new model come in at the top of the range we would expect Apple to drop the price of the current models, which could mean that the entry-level MacBook Air sees a price drop to £899/$899 while the new model, with its new design, comes in at £1,349/$1,349.

The lower starting price complements Kuo’s suggestion that the MacBook Air will see a price drop. It’s just not clear if the price drop will be on an older model, rather than an update.

In the Bloomberg article, the new MacBook Air is described as being thinner and lighter while maintaining the current 13in screen size. To achieve this Apple will reduce the size of the bezels around the screen.

The closest we can get to a prediction of how much smaller the MacBook Air could be while maintaining the same screen size is to look at the 16in MacBook Pro compared to the 15in the model. When Apple updated the design of its larger MacBook Pro it increased the size of the screen partly by reducing the bezel size and partly by increasing the size of the Mac itself.

But this time the plan appears to be to keep the screen size the same while shaving a little off the edges. On that basis, we’d expect Apple to shave off at least a centimetre from the overall dimensions. So we could be looking at around 29.5cm x 20cm.

There’s one thing that could stop the laptop getting any smaller. The optimum keyboard size. Apple’s Magic Keyboard is 27.9cm wide so it’s unlikely that the new MacBook Air would be any smaller than that – reducing the size further would mean that the keys were too close together.

Other clues come from the past: back in 2016, Apple discontinued the 11in MacBook Air. You might be thinking that would have been tiny, but the measurements were 30cm x 19.2cm.

According to the Bloomberg report mentioned above, Apple actually considered making a 15 inversion of the MacBook Air but scrapped that idea.

The screen may continue to be 13in, but the tech behind it is set to change. Apple is apparently planning to move much of its Mac (and iPad) range to mini-LED displays.

If this new MacBook Air is to be thinner and lighter than currently what does this mean for the components on the inside?

Right now the Air can be limited by the fact that it lacks space for cooling and heat dissipation – the current model doesn’t even have a fan. Without a means of cooling itself, Apple has to stop the MacBook Air from getting too hot – which generally means slowing it down when the going gets tough.

With that in mind, we shouldn’t expect the 2021 MacBook Air to be much more powerful than it is currently, and certainly not as powerful as the MacBook Pro, but we can expect some improvements.

Apple is likely to update the M1 Chip inside, perhaps the rumoured M1X will find its way into the new MacBook Air.

Alternatively, if we are waiting until 2022 we might see the M2 inside. Assuming of course that’s how Apple ends up naming the generations of Apple Silicon.

That Bloomberg report we mentioned able suggests that the MagSafe charging port may be returning to the Mac, so we may well see that return to the MacBook Air.

We also sincerely hope that Apple adds a better webcam. The current 720p FaceTime camera is terrible, we’d hope for an HD (1080p) webcam. Even better if it also offers Face ID. Read about Face ID on the Mac?