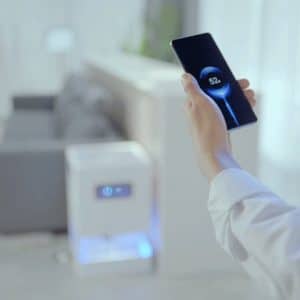 Imagine working into a room and your phone begins charging! thats incredible, right? the Mi Air Charge technology wireless charging removes the need for a cable, but it still requires carefully placing your device on a charging pad. Xiaomi’s latest tech promises a much better experience by allowing an entire room to act as a wireless recharging zone.

The tech is called Mi Air Charge, and Xiaomi claims it allows multiple electronic devices to be charged from meters away simultaneously. It uses a combination of 144 antennas and beamforming to accurately detect when a device is in range of the wireless charger and triggers charging to commence using “an extremely narrow millimeter-wide wave beam.”

There are, of course, some limitations to this new technology. First of all, charging is limited to 5 watts, but multiple devices can be charged at the same time at that rate. The second limiting factor is the need for an array of “beacon antennas” to be present within the device being recharged. So this isn’t going to work with existing devices.

Xiaomi envisions a future where you’ll have a Mi Air Charge base station installed in your home and a whole range of compatible devices being recharged without you even thinking about it. Smartphones, smartwatches, fitness bands, even desk lamps and smart speakers could rely on the wireless charger for power.

Recommended!  Vivo U20 vs Vivo U10: Specifications and Price in India

If this sounds too good to be true, Xiaomi says, “it’s not science fiction, it’s technology.” However, we don’t yet know when Mi Air Charge devices will be available to purchase or how much they’ll cost.