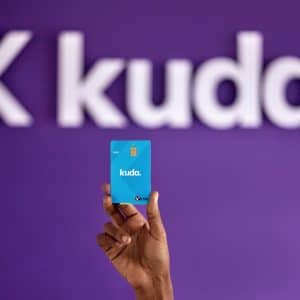 Nigerian-based digital bank, Kuda, has announced a $25m Series A, led by Valar Ventures, a US-based venture capital firm. Target Global and other unnamed investors participated in the round.

Founded in 2018, by Babs Ogundeyi and Mustapha Musty (pictured left to right above), the company started as a lending service, but it later transitioned into a challenger bank that helps consumers save and spend money.

The company reportedly plans to use these funds to expand on its credit offerings, build-out services for businesses, add more integrations, and expand to new markets.

This round comes just four months after a record-breaking $10m seed round in November 2020, and a year and six months after its $1.6m pre-seed investment in September 2019. This brings its total funds raised to $36.6m

Ogundeyi claims that Kuda is raking in $500 million transactions per month for services like bill payments, card transactions among others. Per Techcrunch, the company processed $2.2 billion in February 2021.

Kuda’s latest round follows Flutterwave’s announcement of a PayPal partnership and its rise to unicorn status.

Recall that Kuda announced its record-breaking $10m seed round following Stripe’s acquisition of Paystack, another notable move in the African startup space.

With a payments space that needs several solutions, Kuda’s model in Africa closely follows that of other Neobanks across the globe a la Nubank, Revolut, Chime, Eversend which are looking to revolutionise the banking system.

For Kuda, implementing a distinctive African model alongside could be a springboard to further expansion for the company.