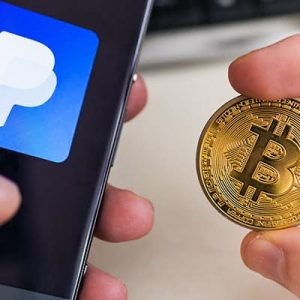 Crypto is coming to the UK markets and PayPal’s Venmo app for peer-to-peer transactions later this year.

While this is certainly a big deal when it comes to mainstream acceptance of bitcoin, it is not clear if the payment giant has secured regulatory approvals for its UK crypto business from the City watchdog.

On its Investors day, PayPal said the existing financial system is outdated, and that it will be investing a lot of money into blockchain and digital currencies.

Auerbach explained that PayPal plans to roll out these features to its mobile payment service app, Venmo in select international markets before the end of the first half. Additionally, the company will make crypto available this year as a funding source for retail purchases at its 29 million merchants worldwide.

UK-based customers will be able to buy, hold and sell four cryptocurrencies, initially featuring Bitcoin, Ethereum, Bitcoin Cash, and Litecoin. Those crypto coins could then be used to buy things from sellers that accept PayPal worldwide.

The expansion comes after PayPal has taken down its waitlist for cryptocurrency services, and now officially allows all eligible US customers to buy and sell Bitcoin and other virtual coins using their online wallets. The global payments processing company posted a record $242 million in daily crypto volumes in January.

Recommended!  How To Start Lucrative Tomato Farming Anywhere In Africa

PayPal CEO, Daniel Schulman said earlier that only 10% of PayPal clients had access to the cryptocurrency services. He added that the waiting list for the new offering was two or three times greater than the company initially anticipated.

Schulman, who previously said that he owns bitcoins, promised to provide more US users with crypto access, as well as internationally to its over 350 million users in the first half of 2021.

To launch the feature at US retailers that accept PayPal, the payment giant had teamed up with Paxos Trust Company, a regulated provider of cryptocurrency products and services.

PayPal has been reportedly exploring acquisitions of cryptocurrency companies, including California-based BitGo, as the US firm plans to expand its embrace of cryptocurrencies. However, acquisition talks between the crypto custodian had broken down after the two sides apparently failed to agree on a valuation.