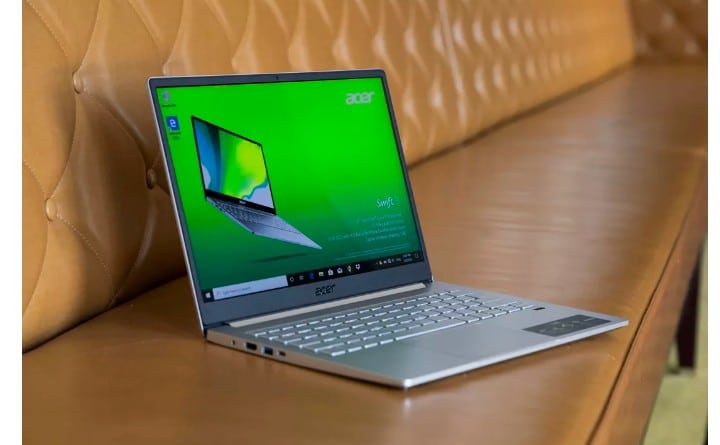 This story is part of CES 2020, our complete coverage of the showroom floor and the hottest new tech gadgets around.

Intel’s Project Athena is the chipmaker’s attempt to make sure you’re never skeptical of or disappointed by a PC maker’s battery life or performance claims for a new laptop. Announced at Computex 2019, the program takes the focus off the industry-standard benchmarks manufacturers usually use to market laptops and instead has Key Experience Indicators (KEIs) for real-world use.

That way you have a better idea of how a laptop will perform under realistic conditions.

To qualify for the program, Intel co-engineers the PCs with manufacturers to meet or exceed the KEIs, which generally speaking are designed to give you the same sort of experience from your laptop as you’ve come to expect from your phone.

First-gen models do need to have certain hardware specs to qualify — 10th-gen Intel Core i5 or i7 processor, 8GB or more memory and 256GB or more NVMe SSD storage — but Project Athena is more about using that hardware to meet specific experiences.

Unfortunately, these requirements don’t extend to all laptops or two-in-ones running on Intel’s latest processors, just the ones that are Project Athena verified.

We still have a long way to go before every portable PC you consider buying has a set of KEIs backing it up, whether you’re spending $500 or $1,500. On the other hand, Intel promised at least 50 models by the end of 2020, with several announced at CES 2020 and coming more sooner rather than later.

Sarah Tew/CNETDell’s XPS 13 for 2019 met Intel’s Athena requirements and so does its update announced for CES 2020. One of our favorite ultraportables, the XPS 13 was already incredibly small, but Dell managed to shave even more off the body while simultaneously making the screen slightly larger.

Angela Lang/CNETHP only announced its ultralight Elite Dragonfly business two-in-one back in September, but it’s already moved on to its second-gen version, the Elite Dragonfly G2. The G2 will have three new key options when it’s expected to be available in mid-2020: An improved Sure View privacy display, built-in Tile support for smart location tracking of the device and the option for 5G wireless.

Not too much has changed from the last model, though it does now have Intel’s 10th-gen processors, including a six-core Core i7. The 14-inch business laptop is now available with an optional 500-nit panel with Lenovo’s PrivacyGuard, which makes it more difficult for people off to the sides of your screen to see what’s on it.

Also, though it’s not officially official yet, Lenovo says it expects this model to be Athena verified.

Angela Lang/CNETSamsung, Google and Intel joined to create one of the first Chromebooks to be Athena verified. Built from aluminum and only 0.4-inch (9.9mm) thick, the $1,000 13.3-inch two-in-one weighs just 2.2 pounds (1 kg) and features a 4K UHD-resolution AMOLED display — a first for Samsung.

The electronics giant says it will even support the HDR400 standard with a software update sometime after its launch in the first quarter of 2020.

AsusDon’t let the clunky model name fool you: The B9450 is one sleek-looking laptop. It’s the “world’s lightest 14-inch business notebook,” Asus says, with a starting weight of 1.9 pounds (0.9kg). Along with being light, the magnesium-lithium alloy body is tested to Mil-Spec 810G standards for drops, shocks, vibration, dust resistance and more.

LenovoThough it wasn’t part of Intel’s initial Project Athena announcements, Lenovo says its 13-inch Flex 5 Chromebook two-in-one is now part of the Project Athena program.  It will have a water-resistant backlit keyboard, Wi-Fi 6 and up to 10 hours of battery life. It weighs in at just 3 pounds, too (1.4kg). It’s expected in June for around $360.

AcerAcer’s Athena-verified business ultraportable weighs in at only 2.4 pounds (1.1kg), but the slim 14-inch laptop is Mil-Spec 810G- and 810F-compliant, allowing it to withstand getting banged around on business trips. It’ll be available in multiple configurations starting at $1,150 when it’s available in February.

If you’ve been unimpressed with the performance from Chromebooks, you’ll want to hunt down one of the Project Athena-verified models like the Samsung and Lenovo above, as well as this Asus.

You’re guaranteed to find the same caliber of components you’d find in a premium Windows two-in-one — atypical for Chromebooks. And, along with having USI active pen support with 4,096 levels of pressure, it’s one of the rare Chromebooks with a fingerprint reader — built into the power button — for unlocking it without a password.

Previous post Windows 7 is Dead. Here’s how to Upgrade to Window 10 free

Next post This Apple Watch clone is surprisingly good for just $22.54

Windows 7 is Dead. Here’s how to Upgrade to Window 10 free