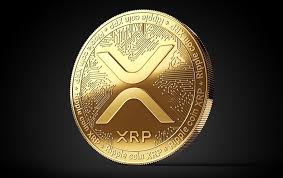 In a Twitter thread, Garlinghouse addressed what he described as five “key questions” about the SEC’s suit against Ripple, though he warned that he was limited in what he could say as the case is ongoing.

“Can’t get into specifics, but know we tried – and will continue to try [with] the new administration – to resolve this,” Garlinghouse said about why Ripple didn’t settle with the SEC.

The SEC alleged that Ripple, Garlinghouse and former CEO and current Chairman Chris Larsen has sold $1.3 billion worth of XRP in unregistered securities sales since 2013, in an “ongoing” violation of the law. The federal regulator claims that these raises were used to fund its operations.

The charges came fresh off the SEC’s victories against Telegram and Kik, two messaging platforms that the regulator alleged violated securities laws due to their initial coin offerings, or token presales, ahead of launching the gram and kin tokens, respectively. (Telegram killed the gram project before it went live.)

Similarities can be drawn to Block.one, a company that did successfully settle charges with the SEC in 2019.

Recommended!  Take this into consideration before holding any cryptocurrency for long-term

Block.one, the firm behind the EOS (-2.54%) project, paid a fine in a settlement that gave the current form of the EOS token the regulatory green-light to continue trading.

Garlinghouse, along with Ripple General Counsel Stuart Alderoty, said the San Francisco-based firm’s response to the SEC suit is on its way. Ripple has publicly decried the SEC charges and has an initial hearing scheduled for later next month.

Speaking to other parts of the SEC’s complaint, Garlinghouse said Ripple “provided some customers, especially first movers, [with] incentives to use [its On-Demand Liquidity product],” which he said was lawful.

He did not answer one of his own posted questions about whether Ripple paid exchanges to list XRP (+33.88%), only saying “Ripple has no control over where XRP is listed.”

Several exchanges delisted or halted trading of XRP after the suit was revealed.

Kraken, one of the few major U.S. platforms that still lists XRP, said it “is reviewing the matter.”

Recommended!  Goodnews: Litecoin to get Smart Contracts via Flare Networks and more updates