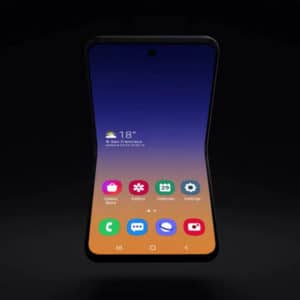 Update: January 29, 2020 (1:20AM ET): We’ve now added more information regarding the Galaxy Z Flip’s reported colourways. This comes a day after we added leaked device renders, specs, and apparent pricing details. Scroll down for all the details!

Samsung apparently confirmed the device at a secret meeting during CES 2020. We expect the company to announce the Galaxy Z Flip on February 11, 2020, at its Unpacked 2020 event alongside the Galaxy S20 series of devices.

With that being said, here are all the Samsung Galaxy Z Flip rumours we’ve seen so far. We will update this post accordingly as soon as we know more information about the device’s price, specs, design, and other features.

The device was first believed to be called the Galaxy Fold 2. Then Samsung referred to the device as the Galaxy Bloom in the aforementioned secret CES meeting. We thought this seemed like a codename more than an actual marketing name for the device, and a tweet by leaker Ice Universe affirmed our suspicions. The tweet revealed the possible new name and a self-made logo for the device.

426 people are talking about this

The name gives us some insight into Samsung’s branding plans for its new smartphones. It’s entirely possible that this Z moniker is a one-off name for the flip-open foldable phone, or it could represent a new series of devices, though, this is not the first time Samsung has released a Z series of devices.

The company used to launch Tizen-based smartphones under that name up until 2017. However, the Galaxy Z title is brand new, as the older series was prefixed only with the Samsung brand name (Samsung Z3, Samsung Z4, you get the drift).

As far as a release date is concerned, we believe Samsung will announce the Galaxy Z Flip at its Unpacked event on February 11. According to Korea’s Yonhap News outlet, this new foldable will be available for sale “immediately” after the event. On the other hand, both a recent tweet by tipster Max Weinbach and a report from WinFuture claim the device will launch on February 14. Neither source says when Samsung would initially unveil the device, though we assume it would still be at Samsung’s Unpacked event.

Either way, we will be happy as long it doesn’t follow in the footsteps of the Galaxy Fold. If it does, who knows when we will get the device in our hands.

The Samsung Galaxy Z Flip will tout a vertical folding design, akin to old-school flip phones, as the name alludes. Samsung Mobile chief DJ Koh explained that the phone’s design is inspired by Lancome’s makeup compacts. The company thinks this design choice will help it reach its target market — 20-something women.

We also expect Samsung to build the device out of premium materials such as glass and metal. On Twitter, teen leaker Ishan Agarwal claimed the device would sport a 6.7-inch Dynamic AMOLED screen, and a few leaked photos posted on Weibo (h/t Ice Universe) seem to back that up.

The photos above reveal a few things about the device, including a centred hole-punch selfie camera, a uniform bezel surrounding the display, and a tiny display near the dual rear-facing cameras that are visible when the device is closed. They also reveal a USB-C port and speaker grille at the bottom, though there doesn’t seem to be a headphone port on this device.

That tiny display upfront measures just one inch, according to a recent rumour, and can be used to check to charge status and battery info. You’ll also presumably be able to use it as a viewfinder for the camera.

Not too long ago, tipster Max Weinbach claimed the display would feature an ultra-thin glass layered with a plastic layer to prevent scratching, unlike the Galaxy Fold’s entirely plastic display. This rumour first surfaced all the way back in October and has popped up a few times since, so it has some weight behind it.

Samsung was very smart with the Galaxy Z Flip (just got word this is the name.)

They are using ultra thin glass and plastic. Samsung will be layering a plastic over the ultra thin glass for extra protection. If it gets scratched, it’s only the plastic and not the display.

47 people are talking about this

We initially heard rumours that the device will come in two colour variants — Black and purple — but until recently we had only seen the black variant. Thanks to WinFuture, we have a new set of renders showing off the possible purple colourway.

Apart from the light purple finish, these photos don’t reveal anything else we didn’t already suspect. But, accompanying these renders was some of Samsung’s leaked marketing materials which suggest the company will use the term “Influencer Ready” for the Galaxy Z Flip — whatever that means.

Following the WinFuture leak above, SamMobile reported that the Galaxy Z Flip would actually be available in four colour schemes at launch. These colours are said to be Black, Gold, Purple, and Silver. The outlet adds that the Silver option will have a “football-like” pattern, but it’s unclear what’s meant by this.

For what it’s worth, SamMobile also reported that Korean carriers will get the phone in Blue, Pink, and Red colour options. Samsung has a reputation for launching additional colours in the months after launch, so hopefully, these particular options launch internationally down the line.

All-in-all, the Galaxy Z Flip looks like just another high-end Samsung device that happens to fold, not that we are complaining about that. The premium, yet familiar chassis looks like it will give us something unique to look forward to while still maintaining the company’s design language.

Max Weinbach, in a recent tweet, claimed the Galaxy Z Flip will also come with a side-mounted capacitive fingerprint sensor.

Though the Galaxy Flip Z may look premium, we don’t suspect it will tout premium specs. An unconfirmed report from MySmartPrice claims the Galaxy Z Flip will feature Qualcomm’s Snapdragon 855 SoC.

No matter how much we would love the device to rock the latest Snapdragon 865, this decision would make sense for a couple of reasons. First, Samsung has been working on the device for several months, so the 855 could have been the latest offering when development began. Second, according to tipster Max Weinbach, the Galaxy Z Flip is expected to come with a rather lacklustre battery capacity — as small as 3,300mAh.

The Galaxy Flip Z has a 3300 mAh battery. Along with the Snapdragon 855, this should be pretty ok in everything. About the same battery live as the mid size S10.

49 people are talking about this

Another tweet by leaker Ishan Agarwal claims the battery could actually come in at 3,500mAh, but that’s not much better. 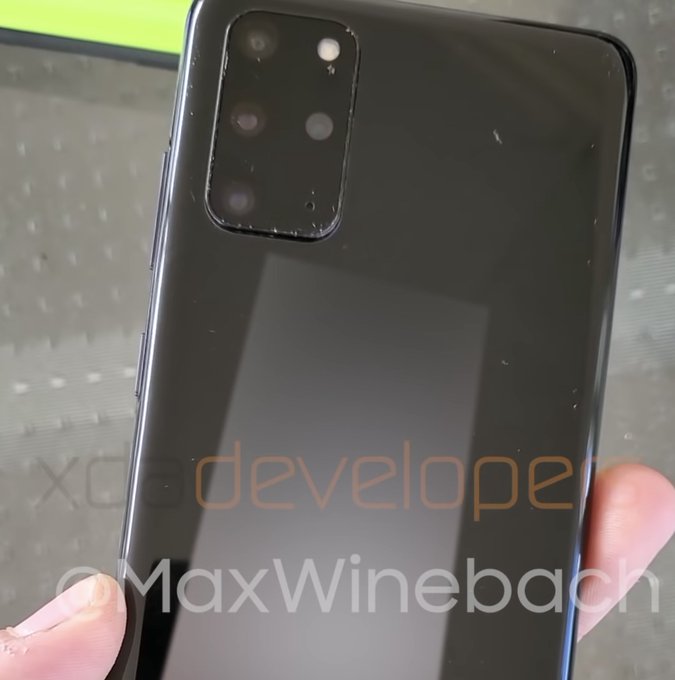 38 people are talking about this

Agarwal’s tweet also reveals a few other possible pieces of information about the device. The Galaxy Z Flip’s primary shooter should come in at 12MP, while the second rear camera should sport a 10MP sensor.

Unfortunately, that means you shouldn’t expect 8K recording if it is indeed equipped with these specs. On the other hand, we can expect other Samsung camera features to land on the device, though, such as 4K/60fps recording and a night mode.

A conflicting rumour from Max Weinbach claims the Galaxy Z Flip will come with dual 12MP rear-facing cameras (one wide, one ultra-wide). A recently leaked specs list by WinFuture backs Weinbach’s claim up, also stating the device could come with the Snapdragon 855 Plus SoC, 256GB of unexpandable storage, and 8GB of RAM.

It also looks like the Galaxy Z Flip will sport a 6.7-inch 2,636 x 1,080 AMOLED display, a 10MP dual-pixel selfie camera, and a side-mounted fingerprint reader. As far as software is concerned, we expect the Galaxy Z Flip to come with Samsung’s latest One UI 2.1 atop Android 10.

Another interesting feature we could see on the device is the ability to lock the display at a 90-degree angle, meaning you might not need a kickstand or tripod if you want to use Skype, watch videos, or take a picture/video hands-free. This handy little gimmick seems silly at first, but it could open up a whole new realm of possibilities for the device.

Rumours for the device price seem very inconsistent at this point. A Bloomberg report claims Samsung wants to make the new foldable cheaper than the Galaxy Fold, but given the Fold’s $2,000 price tag, that shouldn’t be too hard.

According to Korea’s Yonhap News outlet, the handset could come in around the “mid-$1,000 range.” A recent report by WinFuture and a tweet by tipster Max Weinbach reiterate this rumoured price point. Weinbach also claims the device could even be a timed AT&T exclusive, though it should still be available unlocked.

Just head from a new source:
Samsung’s Galaxy Z Flip will likely launch on February 14th. It retails at $1400. It’s possible it is an AT&T exclusive again, but this time it might be a timed exclusive. It will also be available unlocked.

73 people are talking about this

On the other hand, the Korea Herald claims the device will come in at ~$845. Either way, we can expect the price of the Galaxy Z Flip will land well below its predecessor.

The Galaxy Z Flip passed through the FCC on January 24, 2020, signalling an imminent launch date.

As far as availability is concerned, all signs so far point to the company wanting to make the handset more accessible than the Galaxy Fold. We expect Samsung will release the handset worldwide, though that’s just speculation. We can at least safely assume the Galaxy Z Flip will be available in South Korea and the US, though it’s likely it won’t be limited to these markets.

That’s all we’ve got when it comes to rumours related to the Samsung Galaxy Z Flip release date, design, specs, features, and pricing. Be sure to bookmark this page as we will update it with new rumours as they pop up.