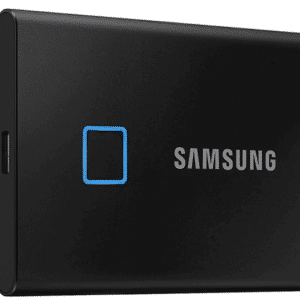 However, Samsung notes that its latest offering can reach peak performance when used with an NVMe interface. It follows the USB 3.2 (Gen 2) standard and is backwards compatible.

Recommended!  Android 10 update begins rolling out to Galaxy S9 in Germany, US (Update)

The Samsung Portable SSD T7 Touch comes in black and silver colours and will hit the shelves in over 30 countries next month. In India, it will be available February onwards priced at. Rs. 11,999 for the 500GB variant and Rs. 18,999 for the 1TB storage option. The 2TB capacity model will set buyers back by Rs. 36,999. Samsung will also bundle in a three-year limited warranty with its latest offering.

All we know about OnePlus Nord 2T 5G launching soon: specifications, price and other details