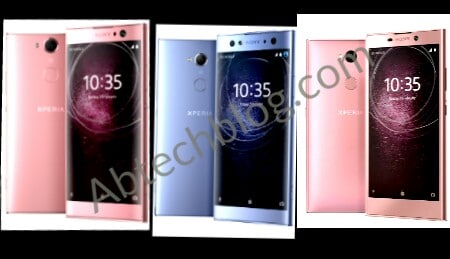 The rumor mills have stopped turning for Sony’s new smartphones and I now have legit facts to backup all the initial rumors. Sony has unveiled their first new smartphones of this year , the – Xperia XA2, Xperia XA2 Ultra and Xperia 62 at Consumer Electronics (CES 2018) in Las Vegas.

The Sony Xperia XA lineup, Xperia XA2, and XA2 Ultra are powered by Qualcomm’s Snapdragon 630 processor. The best thing about the  two smartphones is the camera. Both feature a 23MP camera with support for 4K video, 120 fps slow-motion capture, and improved low-light photography.

However, Sony Xperia XA2 and XA2 Ultra don’t have a near bezel-less design, however, both smartphones sport an edge-to-edge display that is curved at the sides.

The third smartphone that was announced by Sony is the  Xperia L2 which is an entry-level smartphone. The phone features the 5.5-inch display and it’s powered by MediaTek MT6737T processor. The smartphone has 3GB RAM and comes with 32GB of internal storage that can be expanded via microSD card.

Sony Xperia L2
The Xperia L2 carries a 13MP sensor at the back and 8MP sensor at the front. Apart from all of these, the smartphone runs on Android 7.1.1 Nougat and has support for NFC, USB Type-C, and 3.5mm headphone jack.

Sony Xperia XA2, Xperia XA2 Ultra, and Xperia L2 will be available in late January. However, the company hasn’t revealed anything regarding the price. So, what do you think about this? Share your views in the comment box below.