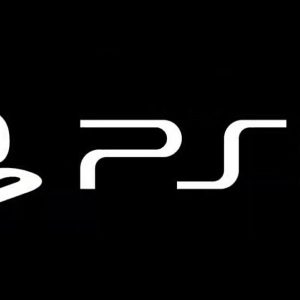 Sony has finally revealed the official PlayStation 5 logo at CES 2020. And simply put, it looks strikingly familiar, if not boring. The font and styling have been carried over from the PlayStation 3 and PlayStation 4 logo, with no fancy aesthetic tweaks whatsoever and an identical colour scheme.

The company also highlighted a few features of its upcoming console such as 3D audio sound, high-speed SSDs, hardware-accelerated ray tracing, and Ultra HD Blu-Ray support, alongside the arrival of haptics feedback and adaptive triggers for the next-gen PlayStation 5 controller. In addition to the logo reveal, Sony has divulged the sales figure of its PSVR (PlayStation VR) virtual headset as well as the PlayStation 4 series of consoles.

Coming to the software side of things, the monthly active user count of the PlayStation Network (PSN) service has reached 103 million (as of December 2019).

Ryan mentioned that the PlayStation 5 will be an evolutionary upgrade in terms of capabilities, offering features such as hardware ray tracing, in-built Blu-Ray player, fast SSDs to reduce loading time drastically, and 3D audio effect.

Sony, on the other hand, has also confirmed some hardware details of the PS5 such as a 7nm AMD CPU based on the third-gen Ryzen processor and the Zen 2 microarchitecture, while the GPU is a custom variant of Radeon Navi family with RDNA architecture.

While these features are definitely noteworthy, the biggest news might be backwards compatibility. Tipster @HipHopGamer recently mentioned in a stream that the PS5 will reportedly come with a “Remastering Engine” for enhancing the visual output of classic games.

Next post Windows 7 is Dead. Here’s how to Upgrade to Window 10 free