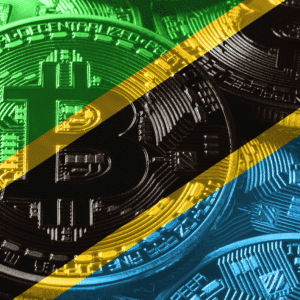 Tanzanian President Samia Suluhu Hassan has urged her country to be ready for emerging fintech by paving the way for cryptocurrencies. She also urged the country’s central bank to begin the necessary preparations for a step-change in global attitudes towards banking.

However, in her address of the Tanzanian finance chiefs, Hassan acknowledges that not everyone in the country is embracing crypto. The 61-year-old leader still wants them to plan ahead. She said:

I know that throughout the nation, including Tanzania, they have not accepted or started using these routes. However, my call to the Central Bank is that you should start working on that development. The Central Bank should be ready for the changes and not be caught unprepared.

Hassan is the latest national leader to speak favorably of cryptocurrencies after El Salvador’s Nayib Bukele. At the beginning of June 2021, Bukele told attendees of a Bitcoin 2021 conference in the U.S. that his country planned to make BTC legal tender. About a week later, El Salvador became one of the first countries to officially endorse BTC after the country’s lawmakers passed a bill making BTC legal tender.

Meanwhile, in her address, Hassan did not say Tanzania would be making BTC legal tender. She did say that she wants Tanzania’s central bank to be ready for the dawning “age of crypto and blockchain.”

Next post Crypto Bans Will Not Stop Wider Adoption