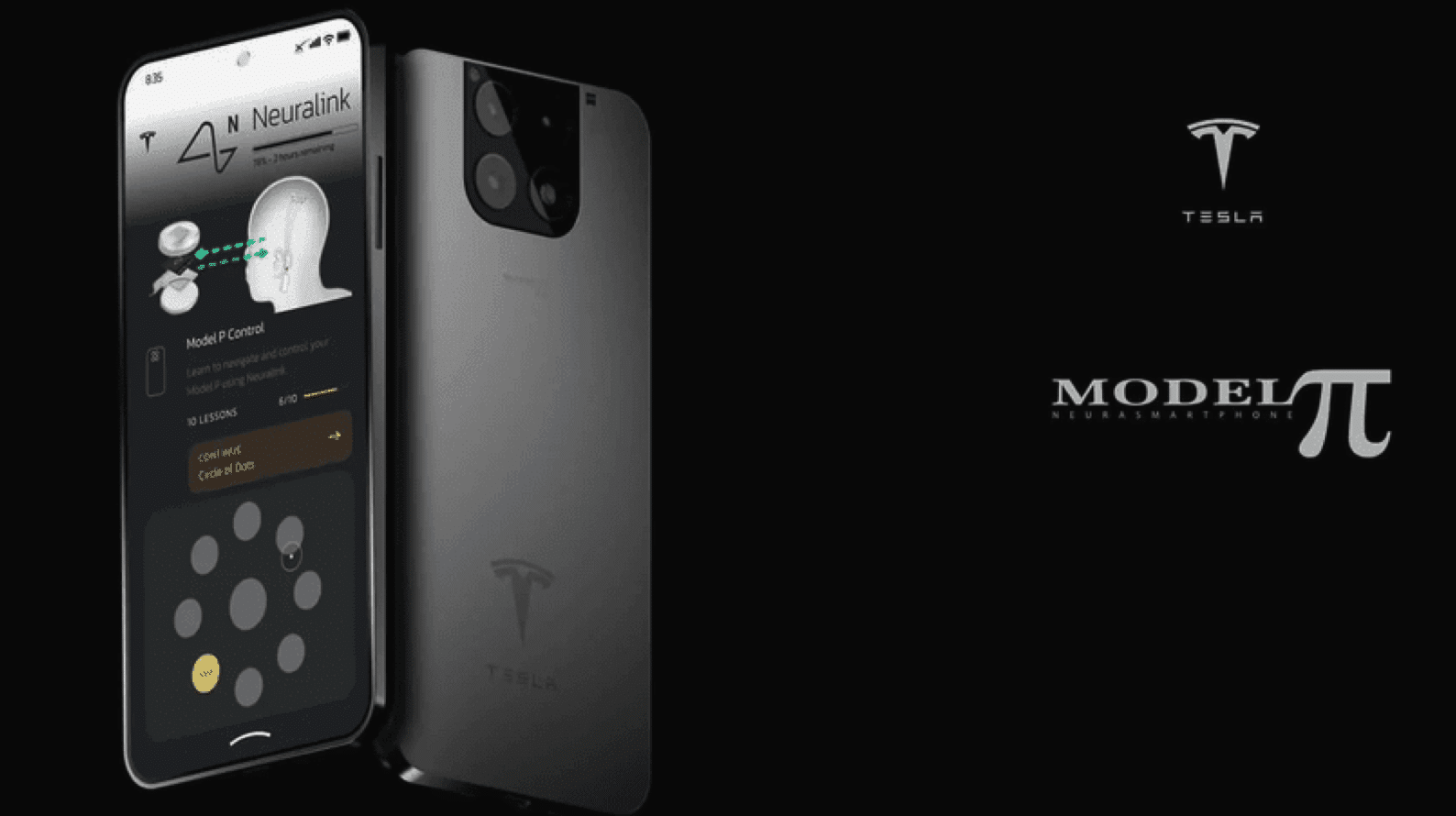 The idea of a Tesla phone, rumored to be called Model Pi/P, has been circulating the internet. But how likely is a smartphone release? No credible sources have convinced us of its existence, but it got us thinking: what would a smartphone from the world’s most valuable automaker actually look like?

When Will the Tesla Phone Be Released?

Tesla has a history of releasing interesting, though still on-brand products like the Cybertruck-inspired all-electric vehicle for kids, an umbrella with their logo stamped on it, and a stainless-steel whistle. Adding a smartphone to the mix wouldn’t be nearly as unexpected, but its release isn’t actually as believable as those other items, at least not yet.

There are a few primary reasons we’re questioning whether this phone is due for a real release:

Definitely not. Smartwatches & phones are yesterday’s technology, Neuralinks are the future.

A phone with all the advanced tech described below, would absolutely cost more than a few thousand dollars. Subsequent versions might come down in price as more people start using the technology, but don’t expect the first iteration to be affordable for most people.

If, however, as we theorize, the Tesla Model Pi starts off relatively basic with just a few of the rumored features, we might see it at a more sensible $800-$1,200.

It’s far more reasonable to see something more tame become available first—i.e., those first four or five features only, tied in with a Tesla-branded version of Android.

If this phone is real, and Tesla holds out a release until implantable brain-machine interfaces are available, we’ll surely have to wait several more years. While it’s true Musk wants this tech to be used in humans beginning in 2022, it wouldn’t be available to everyone right away because the first goal of the technology is to help people with paralysis.

Assumptions are all anyone can run on right now, and with zero reliable sources to use, it’s unclear what this phone could look like on the inside. It’d surely have all the standard components, like 1–2 TB of storage, 16 GB or more of RAM, an AMOLED display, and a screen around 6.5 inches.

As for the outside, check out the Tesla Model P concept designs created by ADR Studio, the source of most of these rumors. There are high-quality pictures you can look through.

Next post Bitcoin heading for worst yearly start since 2012