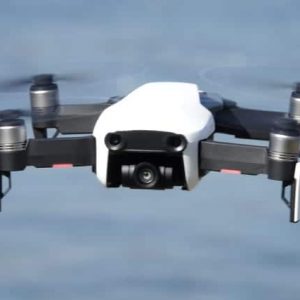 If I had told you in 2010 that one day you’d be able to take photos and videos with a flying camera that would take off from the ground, follow your directions as it soared into the skies and miraculously returned back, you might have thought I was pretty crazy.

But it indeed happened. As did an app that could sense where you were and get a car to you within minutes for a ride. And a small box that connected to the TV and changed how we view entertainment forever.

Yup, the “10s” were pretty mind-blowing for tech. So enjoy, as we run them down in the final 2019 edition of the Talking Tech newsletter.

Apple iPhone. No device did more to change our lives in this decade. Sure, the original iPhone came out in 2007, and there’s been a new model every year since, with modest upgrades over the previous one. But back then, the phone was cool, but not yet an extension of our arm that we used for hours and hours.

The iPhone was only available via one wireless carrier, AT&T. By 2010, it opened up to the rest of the world, and over the decade replaced so many accessories we now rarely reach for, from the GPS navigation car unit to MP3 player and flashlight. Many of us have ditched our wallets, to use the phone and accessory wallet case instead. Some filmmakers even ditched their cameras and made entire movies, on the iPhone.

The latest: a 6.5-inch screen with 2688×1242 resolution, water-resistant body (remember the rice trick?) a 12-megapixel camera with three lenses, for ultra-wide, wide and telephoto, Portrait mode and all the advancements in low-light photography. Add in the GPS mapping, calendar functions, billions of units sold for the most popular consumer tech device in the world. Even though rival Samsung has made strides with its Galaxy line, and offered many features later copied by Apple, we have to give the nod to Apple. It started the smartphone revolution and did the most to upgrade it every year.

Recommended!  How To Install Android Apps and Games On Window Phones

The rest of the best:

Echo. Apple had the first personal digital assistant in the form of Siri, first introduced in 2011 with the iPhone 4S. But Amazon took the ball and ran with it, popularizing Alexa to turn on and off our lights, play music for us, answer trivia questions and order pizza from Domino’s. Alexa was first seen in 2014, and since then, Amazon has brought it to dozens of other products, from TVs, microwaves and even a shower, to cars and eyeglasses.

GoPro: Think about it. A tiny camera that could connect to your surfboard, ski helmet, bicycle or the windshield wiper of your car, and not be destroyed along the way. The early models were so primitive, one Hero camera only could capture ten seconds of footage. The latest edition, the Hero 8 ($399) finally solved the biggest issue plaguing GoPro – shaky footage from those awesome shots with image stabilization that truly rocks. And as good as smartphone photography has gotten, you still can’t connect an iPhone to a surfboard or go diving with one.

And you pick GoPro, because?

It’s small, but mighty. Great image quality, shoots in 4K- I pull amazing action stills from videos -I mountain bike/snowboard and surf with it. It’s perfect for b-roll- time lapse and it’s stable. Yup.. probably my most used piece of tech this decade. The audio isn’t bad either.

DJI’s drones. The first popular flying camera from Chinese manufacturer DJI was released in 2013, the Phantom. It only soared for ten minutes and didn’t have a camera. You had to buy an accessory GoPro and attach it. By the end of the decade, DJI had 4K cameras, built-in in sensors that would automatically shield the unit from potential crashes and get the drone down (in the form of the Mavic Mini) to the size of a smartphone that flies effortlessly for $399.

Roku. Speaking of TV, remember when we used to go up and down the cable TV dial, looking to see what time our favourite show would air? That was, of course, before Roku revolutionized the way we watch. Revolution is an overused word in tech, but just ask the cutting-the-cord crowd about this one. Instead of paying $100 monthly or more to get a bunch of channels we barely ever watched, we could just buy a Roku streaming player (or Amazon Fire TV stick) connect it to the TV, and via Netflix, Hulu and others, watch what we wanted, when we wanted. Roku morphed from a Netflix only product to serving everyone in 2010. And while it’s been copied, many feel it’s still the best.

The Roku Streaming Stick+ is less than $30 on sale.

Transportation: The Uber ride-hailing service launched with service in San Francisco in 2011, Lyft followed in in 2013, and within a short time, the traditional taxi industry took a beating, airports had to change their transportation patterns, due to the influx of ride-hailing cars, controversy ensued (harassment suits, management blowups) and the original co-founder and CEO of Uber, Travis Kalanick, ditched his board seat and sold all his stock. Google Maps existed in the previous decade and went mobile in 2008, but it was in the 10s that it became our car arm extension, refined to the point where it knew where we wanted to go, without us even having to tell it.

AirPods are the must-have gift of the holidays.

Apple AirPods Pro: We’ve been wearing headphones in our ears for years, but Apple’s AirPods get the nod from many for having a great sound, being truly wireless and enabling other functions beyond music like conducting phone conversations, again, without wires. The newest $249 Pro edition, improves on the original with better sound, enhanced fit in the ear and a less dorky look. Is it any wonder its sold out through late January?

Eero: Before Eero, we complained of spotty wifi coverage in the house, and didn’t know what to do about it. The mesh network solution, now owned by Amazon, and at half-price from the original $500 cost, solves it for us, ordinary consumers.

Soundbars: TVs have gotten thinner, bigger and more beautiful than ever, but in the quest to make them that way, the sound quality has seriously diminished. Hence, the introduction of the soundbar, an accessory unit that plugs into the back of your TV and provides great living room sound, at prices as low as $100 for some Vizio units, and as high as $699 for the Sonos Playbar, the best-sounding soundbar we have ever heard. I remember what it used to be like to string speaker wire all over the house. And I don’t miss those days.

Ring doorbell. I remember visiting a remote Oregon waterfall on a summer trip when I got a notification that someone was at my front door back in California. I answered, and asked the FedEx delivery person to please leave the package with a neighbour. That wow moment convinced me this Ring video doorbell was a keeper. Millions of units later and a $1 billion sale to Amazon, Ring changed lives for many people, helping them curb porch pirates and scare away other potential criminals. That, and it’s just fun to see who’s at the door from our smartphone. Even if some non-savvy customers have been hacked due to weak or no passwords. Recently, some 3,000 Ring accounts were found to be hacked. And it wasn’t the only breach of the year.

Sony RX10IV. It was interesting to see how Sony, which once symbolized the best in tech, got beaten by Samsung and LG in TVs and Apple in tech devices. But it’s still kicking, especially in cameras. Few people use the Xperia Sony smartphone, but those amazing cameras in the iPhone and Galaxy line are courtesy of … Sony. The company makes the image sensors used in smartphones, and in traditional cameras, Sony has whipped longtime leaders Canon and Nikon in innovation, with its popular Alpha mirrorless line, which according to Japan’s BCN Retail, is outselling Canon and Nikon combined. We’re partial to the most innovative camera of the decade, the Sony RX10IV, with a monster 24mm-600mm zoom lens that’s small enough to tote everywhere we go. It changed our photography dramatically.

Previous post WhatsApp will stop working on these phones soon: Check if yours is among the list