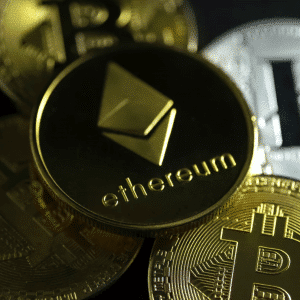 Ethereum, the blockchain that enabled the rise of nonfungible tokens (NFTs), is about to launch one of the most closely watched experiments in the crypto world.

On or around Sept. 15, the process of validating crypto transactions will shift from what’s known as proof of work to proof of stake. “The merge,” as it’s being called, will instantly cut 99% of Ethereum’s carbon emissions, according to the Ethereum Foundation.

Christine Kim, a crypto researcher at the firm Galaxy Digital, calls it the “most long-awaited upgrade in Ethereum’s history,” which was promised to users before the blockchain even launched in 2015. But switching to a more sustainable and secure consensus mechanism has implications beyond the Ethereum universe.

The merge will test whether proof of stake can work at Ethereum’s massive scale—its ether (ETH) cryptocurrency currently makes up a fifth of the entire $1.12 trillion crypto market cap, according to CoinMarketCap. If it does work, it may make Ethereum more palatable to traditional investors.

In August, news of the merge’s launch date sent ETH past $2,000 for the first time since May. The price has since retreated to below $1,700 as of this writing.

What is proof of stake?

Proof of work is the original blockchain consensus mechanism. Under that system, pioneered by bitcoin and currently used by Ethereum, cryptocurrencies are created—or “mined”—by computers competing with one another to solve complex algorithmic problems. It makes the act of mining and validating transactions on the blockchain energy-intensive, dissuading some traditional investors from putting their money into crypto.

On the other hand, proof of stake records transactions without using any electricity or other real economic resources. Instead, users who validate transactions, are called validators, stake—or put up—ether in order to win the right to record new transaction data on the blockchain.

Recommended!  Crypto Investors Lost an Average of $79.5 Million Each Week in April

“In proof of work, you have to run this computation to get payments out of that role,” says Joshua Gans, an economist at the University of Toronto. “In proof of stake, it’s more like you’re buying lottery tickets.” To further Gans’ analogy, the more lottery tickets a user buys, the greater chance of winning and earning newly minted ETH.

In an August research note, JP Morgan analysts wrote that the merge could help push crypto further into the mainstream not only because of proof of stake’s greener process but also because of the financial incentives users have to stake their ETH and earn a yield on it.

Hacking Ethereum is about to become harder

Aside from boosting Ethereum green cred, and giving users additional financial incentives, the merge promises to make the system more resilient against attacks.

Most blockchain networks are in danger of experiencing what’s known as a 51% attack. This is when a bad actor gains control of more than 50% of the computing power (or 50% of staked assets in the case of proof of stake) required to confirm transactions.

Because there’s already about $25 billion staked on the chain that will merge into Ethereum and turn it into a proof of stake blockchain, an attacker would need $25 billion to be able to overwhelm the network, says Ethereum Foundation researcher Justin Drake.

In comparison, to buy enough mining rigs to overwhelm the proof of work network currently, one would only need $5 billion dollars, according to Drake’s estimates.

“Five billion dollars is a lot, but for a nation-state it’s peanuts,” Drake says. (One of the crypto industry’s aims is to create a cryptocurrency that can’t be tampered with by any government.)

Who is hurt by the merge?

On the day of the merge, most Ethereum users will run on the new consensus mechanism without needing to do anything. But miners who want to be validators will have to start staking at least 32 ETH to make sure they’re able to validate transactions on the new chain. Exchanges will pause ETH deposits and withdrawals until the transition is complete.

Those who have invested thousands in mining machinery—called rigs—will have to figure out how to sell or repurpose it, as the rigs won’t be needed in the upgraded network.

Some people may choose to keep mining instead of staking, and Ethereum’s founders cannot stop them from doing so. So it’s likely Ethereum will split into two—or fork.

But the old-fashioned mining operations are likely to be less profitable. Ethereum alternatives based on proof of work, like Ethereum Classic (ETC), the result of a previous fork, and a proposed fork called ETHW, the margins represent a “fraction of the profitability of mining ETH,” Kim says.

Previous post SWEATCOIN APP: IS IT REAL OR SCAM?