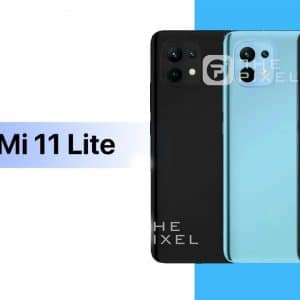 The upcoming Xiaomi Mi 11 Lite 4G smartphone that has a model number of M2101K9AG has received certification from various platforms such as SIRIM (Malaysia), EEC (Europe), FCC (US), NBTC (Thailand), IMDA (Singapore), and Bluetooth SIG. The BIS certification revealed that the model number of its Indian variant is M2101K9AI. Last month, the M2101K9G phone was approved by the IMDA and FCC authorities. It is speculated that the M2101K9G handset could be the 5G version of the Xiaomi Mi 11 Lite. Today, reliable tipster Mukul Sharma spotted the Google Play Console listing of the Xiaomi Mi 11 Lite 5G. The listing has revealed the key specifications of the device.

Past reports have claimed that the MI 11 Lite is codenamed as ‘Renoir.’ The same codename can be seen in its Google Play Console listing. The listing reveals that the smartphone’s display offers a Full HD+ resolution of 1080 x 2400 pixels and a pixel density of 440ppi. It has 8 GB of RAM and it runs on Android 11 OS.

The listing further states that the Xiaomi Mi 11 Lite 5G is powered by a Qualcomm chipset. The specifications of the processor and the sm7250 model number suggest that it is fueled by the Snapdragon 765G chipset. This contradicts recent reports that claimed that the Mi 11 Lite 5G will feature a new Snapdragon 7-series chipset.

Rumours suggest that it could be equipped with other specs such as a 4,150mAh battery, 33W fast charging, a 120Hz refresh rate AMOLED display, a side-mounted fingerprint reader, and a 64-megapixel triple camera system. Its 4G model could be powered by the Snapdragon 732G SoC.