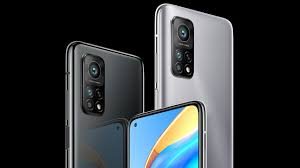 Xiaomi is having a field day at the TENAA offices. Earlier today, a Black Shark phone was certified by the authority, and now three more phones have popped up with photos but no specs. Two Redmi phones, likely from the Redmi K40 series, are up, as well as a Mi device, looking like a Mi 10 Ultra, but more probably the refreshed Mi 10 phone with a Snapdragon 870 chipset.

The two Redmis come with yet another interesting camera design – two big circles, placed vertically, with two more shooters in two small holes between them, sitting horizontally. There’s also a simple dual-LED flash on the side of the rectangular island.

The original Xiaomi Mi 10 Ultra (also called Commemorative Edition in China) came with a Snapdragon 865 chipset and never made it outside the domestic scene, and that’s why we called it “one of the best smartphones you can’t buy.” Hopefully, this new phone will finally make it globally.

The Redmi K40 phones will be unveiled on February 25, however, we still have no info about an eventual launch of the Mi phone.